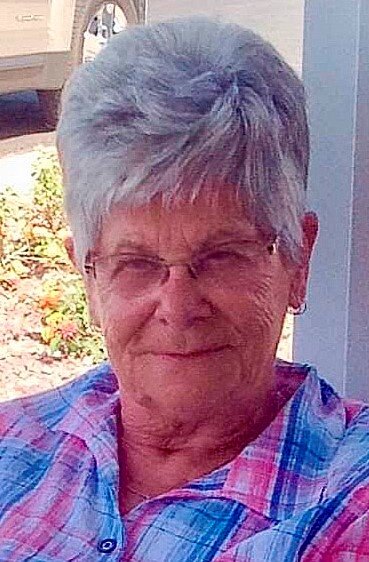 Doreen Mae Irving (nee Carter) of Red Deer, Alberta passed away at the Red Deer Hospice on February 29, 2020 at the age of 82 years.

Doreen was born 1937 in Haynes, Alberta, and was the oldest of three children born to Riley and Opal Carter. She was very much loved by her brother Leo and youngest sister Louise.  She grew up and went to school in the Haynes-Alix area. After leaving school, she went onto beauty school and became a hairdresser and opened her own hairdressing shop.  She married Ralph Young, to whom she was married for 18 years.

Doreen had three children: a son Douglas, a daughter Terri and youngest daughter Norma.  She raised her family in Lacombe and watched all three children finish school, graduate and get married: Doug to Doreen, Terri to Owen and Norma to Jim.

Doreen met and married Robert Irving, who became the love of her life, and they were together for 40 years until her passing.  Robert also had a son, Rob, whom Doreen welcomed into her life as one of her own. Doreen sold her hairdressing shop and retired a few years after she married Robert.

Doreen and Robert lived in the Oriole Park area of Red Deer for almost 40 years. She loved her kids, four grandchildren and eight great-grandchildren, and enjoyed spending time with them all through her years.

Doreen and Robert loved to go camping on the weekends in their RV and they eventually built a cabin near Caroline, where they spent much of their time over the past 20 years, while also spending a number of winters in Yuma, Arizona.

In accordance with Doreen’s wishes, there will be no memorial service.

Share Your Memory of
Doreen
Upload Your Memory View All Memories
Be the first to upload a memory!