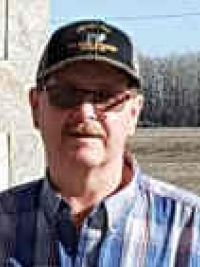 It is with great sadness that the family of Blair Vollans announce his peaceful passing on October 21, 2019 at the Red Deer Hospice with family by his side.

Blair was born on December 12, 1959 in Port Arthur, Ontario to Lillian and Ronald Vollans. He grew up in Atikokan and was the youngest of three children. As a young man, Blair attended Confederation College in Thunder Bay, gaining his journeyman Scaffolding/Carpentry Certification.

When Blair moved to Western Canada, he met his loving wife Birgit and stepdaughter Sandy. Red Deer, Alberta became their home. Birgit and Blair were married for eighteen years. Blair worked in the oil and gas industry, which he loved. Unfortunately, in 2011, he was diagnosed with Parkinson’s disease.

Blair was a loving husband, father, grandfather, son, brother and friend. He enjoyed camping, fishing, playing cards with friends and being on Facebook.

At Blair’s request, no funeral service will be held. Blair will be cremated, and his ashes will be scattered around the Atikokan area at a later date. The family wishes to extend special thanks to Ruby, Karen and the rest of the palliative team network. Also, a special thanks to the Red Deer Hospice for making Blair’s last days comfortable. He will forever be in our hearts.

Condolences to Blair's family may be emailed to meaningful@telus.net. Arrangements in care of Meaningful Memorials Funeral Service, serving Red Deer and all of central Alberta 587-876-4944.

Share Your Memory of
Blair
Upload Your Memory View All Memories
Be the first to upload a memory!