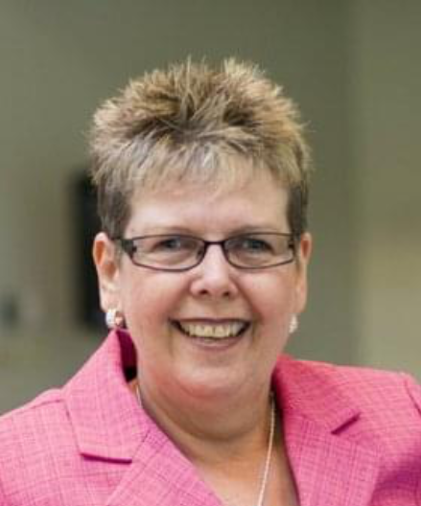 With a heavy heart and deep sadness, we announce that Donna Mae Moore of Red Deer, Alberta has passed away suddenly and peacefully in her sleep at the Bethany Collegeside Care Center on August 7, 2020 at the age of 62. She was born March 9, 1958 in Burnaby, BC to Ambrose and Alma Williams of Coquitlam, BC where she was raised in their family home near Como Lake. During grade school she became active in baseball and then began working part time at Woolco Credit Office in high school.

At the age of 18 after completing high school, Donna made the decision to move out to the prairies and settled in the Ponoka area with family on the Nielsen side after which she found employment at the Red Deer Advocate working in the circulation department. In 1979 she met Frank and they were soon married in June of 1983. Late in both 1984 and 1985 respectively, Donavan and Heather were born, and once Heather was into school Donna returned to the workforce as a Warranty Clerk working for both Honda and Toyota until medical complications developed into the diagnosis of MS(Multiple Sclerosis) in the summer of 1994. She spent the next 10 years raising her children while courageously battling waves of relapses from her MS until each kid moved out to start a journey of their own. After the kids moved out, her MS had become a little more predictable and manageable following which she took up a new vocation as a regular member of the Tim Hortons coffee club where she made some new friends and got to socialize on a regular basis outside of the home. As further medical conditions developed and worsened over the years, she was forced to give up this regular and favored outing. Donna then spent the majority of her time from there forward watching movies and baseball games on TV. Once again her medical conditions worsened, and early in 2020 she suffered a fall in their home triggering an ambulance ride to the Red Deer Hospital where she lost complete mobility of her lower extremities. After bouncing around a handful of medical centers in central Alberta, she took up residency at the care home of her choosing – Bethany Collegeside. Donna was in good spirits settling into her new home and took it all in stride with negligible complaint, as was her style, where she again watched lots of baseball on TV and would crack jokes about being a better pitcher than some in the MLB. Donna was lovingly survived by her husband Frank, children Donavan and Heather, and step daughter Mandy Holterhus(Jay). Grandkids Emmett and Vivienne. Brothers Brian(Diane) Williams, and Kevin Williams. Sister Shiela(Gary) Beauregard. Brother-in-law Alf(Leonice) Moore. Sisters-in-law Judy Graham, and Shelley(Gary) Eichhorn. As well as numerous extended family and friends. Donna was pre-deceased by both parents, Ambrose and Alma Williams. Father and mother in-law, Fred and Irene Moore, and later Josie Moore.  A funeral service is not planned as was her wish, and due to current events and social restrictions, a celebration of life will be planned at a later date. In lieu of flowers or gifts, donations can be made in her name to the MS Society, Diabetes Association, or Heart and Stroke Foundation. Condolences to Donna’s family can be emailed to meaningful@telus.net. Meaningful Memorials Funeral Service in care of arrangements. A locally owned funeral and cremation provider serving Red Deer and all of Central Alberta.  587-876-4944.