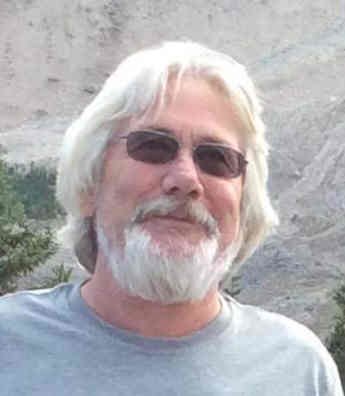 With heavy hearts, we announce the passing of Derek William Hiscock of Red Deer County, Alberta at the Red Deer Hospice on August 17, 2020 at the age of 65 years after a brief but courageous battle with colon cancer. He will be reunited with their dearly loved and only child Rodney Lee, who predeceased him on July 6, 2013. Derek and his twin sister Dianne were born on February 27, 1955 in Freshwater, Newfoundland. Derek lived and worked there until he, Cynthia and Rodney moved to Red Deer, where he was employed at Cremac Metals for 22 years. He was an avid ham radio operator and made many friends and contacts around the world. Derek is lovingly remembered by wife Cynthia (Deering); brothers Wayne (Gwen) and Fred (Donna); sisters Barbara and Dianne; sister-in-law Ella Hiscock; brother-in-law Charlie Kenny; 16 nieces and nephews; Cynthia’s brothers, sisters, nieces and nephews; and his many friends in Alberta and Newfoundland, especially Bob and Lois. He was predeceased by son Rodney; parents Wilfred and Annie Hiscock; brothers Ivany and Reginald; sister Gertrude; nephews Jeffery and Derek; brothers-in-law George King and Randolph Butt; and sister-in-law Jessie. He was also predeceased by father-in-law John Deering and mother-in-law Sadie Deering, and Cynthia’s brothers Gideon and Jack and sisters Elsie and Margaret. A Memorial Service for Derek and Rodney will be held in Newfoundland at a later date. Cremation has taken place. In lieu of flowers, memorial donations may be directed to the charity of one’s choice. Condolences for Derek’s family may be emailed to meaningful@telus.net. Arrangements in care of Meaningful Memorials Funeral Service, Red Deer AB. A locally owned funeral and cremation provider serving Red Deer and all of Central Alberta    587-876-4944

Share Your Memory of
Derek
Upload Your Memory View All Memories
Be the first to upload a memory!