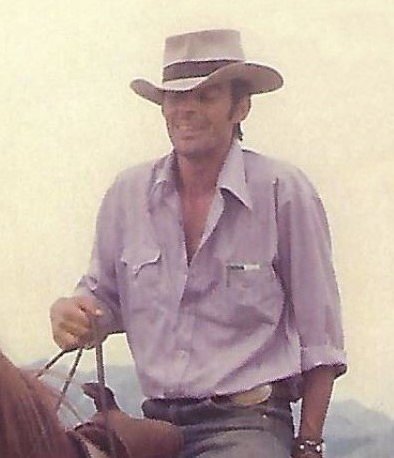 On September 10, 2020, Leslie Bellamy of Red Deer County passed away in the comfort of his home with Linda, his wife, at his side. He was 73 years old.

Les was born in Thorne, County of York (W.R.), England. He immigrated to Canada as a young man. He quickly fell in love with the Canadian Rockies and spent much of his younger years working on farms and ranches in British Columbia and Alberta. Les was a cowboy at heart, and one of his most treasured jobs was a guide for trail rides in the mountains. In addition to his love of the outdoors, Les was a Classic Western movie buff who enjoyed watching and talking about these old cowboy movies and the actors.

In 1997, Les met Linda Webber at a dance in Red Deer. Les walked up to Linda and asked her to dance and, as they say, the rest is history. Together, they were kindred spirits and enjoyed the next 23 years together.

Les was predeceased by his mother (Margery), father (Arthur), and sister (Robina). He is survived by his brother, Keith. He is also survived by his children (Cathy, Shaya, Bo, Ty, and Melissa) whom he loved. Les will be lovingly remembered by Linda and her sons, Kristofer (Annette), Michael (Ayano), and Andrew (Marianna). He will be affectionately remembered as Papa Les by Linda’s grandchildren (Milai, Greyson, Madeline, Hayden, and Molly). We consider Les to have been a special blessing in our lives.

"God has you in his keeping, we have you in our hearts."

There will be no funeral service. A family gathering will be planned in the future.

In lieu of flowers, memorial donations may be made to Canadian Parks and Wilderness Society (CPAWS), 600-100 Gloucester Street, Ottawa ON, K2P 0A4 or online at Cpaws.org.

Condolences for Les’ family may be emailed to meaningful@telus.net.

Share Your Memory of
Leslie
Upload Your Memory View All Memories
Be the first to upload a memory!