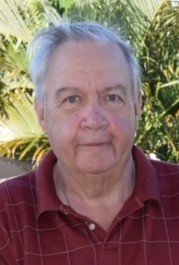 Donald James Robertson passed away at Red Deer Hospice in Red Deer AB on October 12, 2020 at the age of 78 years.

Don was born in Hawkesbury, Ontario to James and Harriet (Colleen) Robertson in 1942. Don is predeceased by his father, who passed away in WWII. He was raised by his mother in Green Lane, Ontario until the age of 16, when his mother also passed away due to breast cancer.

He then moved to Calumet, Quebec to be with family friends Tom and Rosemary Harries. This would be where Don would meet Susan. In 1966 Don would follow Susan and her family to High Level, Alberta. The couple were married in 1967. Together they would raise three children, two daughters and one son.

While raising their family, the couple would settle in Hinton, Alberta. It is here that Don would have a 30-year career with Northwest Pulp and Paper. He spent his career operating machinery in the wood room. Don also was an active member of the Hinton Fire Department. He moved up the ranks and would become Captain. He would head many fundraising events in support of Muscular Dystrophy and loved to play the role of Santa at the fire department’s kids’ Christmas parties.

Don endeavoured to honour and serve God in all he did. He was a member of the Anglican church. His faith was very important to him. He along with Susan loved to be involved in many church activities.

Don is survived by the love of his life, to whom he was married for 53-and-a-half years, Susan; his son Patrick (Lee-Anna); son-in-law Dan Bruneau; his granddaughters Shaylene and Shelby (Phaelan); and his grandsons Tye, Carsen and Kale. Sadly, Don is predeceased by his daughters Colleen (July 2020) and Julie (February 2018). Don will be lovingly remembered by many extended family members and friends.

A celebration of life will take place at St. Leonard’s on the Hill Anglican Church (4241 - 44 Street, Red Deer AB) on Wednesday, October 21 at 1:00 pm. Due to current COVID-19 restrictions, the service will be by invite only. All others will be invited to join the service via Zoom. Those interested in attending via Zoom are asked to reach out to the family, who will be able to supply the link to the Zoom session.

Condolences for Don’s family may be emailed to meaningful@telus.net.

ARRANGEMENTS IN CARE OF:

SERVING RED DEER AND ALL OF CENTRAL ALBERTA

Share Your Memory of
Donald James
Upload Your Memory View All Memories
Be the first to upload a memory!