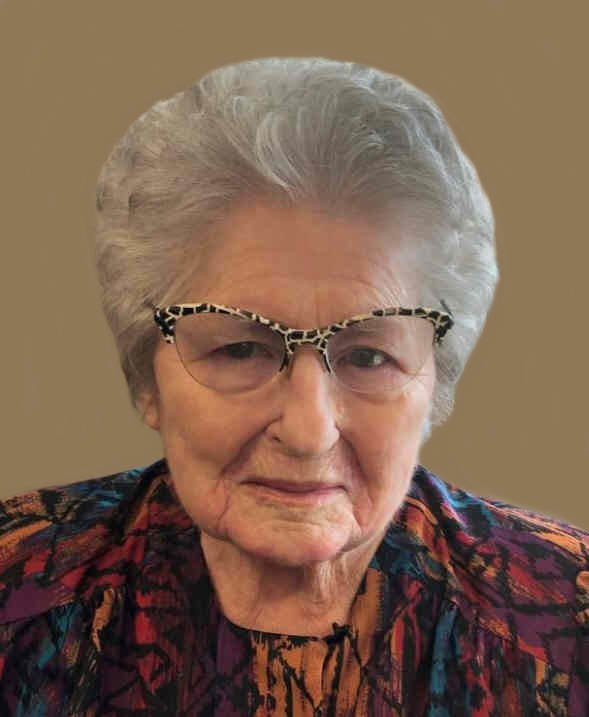 Donna Daisy Zimmerman of Red Deer passed away at the Hamlets at Red Deer on October 13, 2020, at the age of 87 years.

Donna was born in Bracken Saskatchewan in 1932. She spent her first two years in Saskatchewan and then the family packed up and moved to the Bentley district and stayed for the next few years.  They then moved to Red Deer in the spring of 1945. After attending Central School and Lindsay Thurber High School, Donna worked various waitressing jobs including the Club Café. It was there that she met Lou Zimmerman. They were married in August of 1952. She then worked for AGT as a telephone operator until they eventually had two children, Brenda and Brent.

In 1959, Lou and Donna opened Lou’s Esso and it stayed in the family until 1984. Moving on from the station she worked for Central Vac and at D’Alliards until retiring in 1994. She stayed in the house in Eastview celebrating many Christmas’s and birthdays with family and friends. In 1997 she sold the family home and moved to Imperial Place 11. She stayed there until April 1, 2019 when she moved to the Hamlets, where she resided until her passing.

The family would like to thank the Hamlets at Red Deer, especially the following staff, Kayla, Kaylyn, Sid, Grace, Christine, Rhea, Linda and Mindy. Also thanks to Dr. Rautenbach for all his assistance.  They were especially helpful in the last couple of months.

In lieu of flowers, memorial donations may be directed to the Alzheimer Society of Alberta and Northwest Territories, #1, 5550-45 Street, Red Deer AB, T4N 1L1.

Condolences to Donna’s family may be emailed to meaningful@telus.net.

Arrangements in care of: