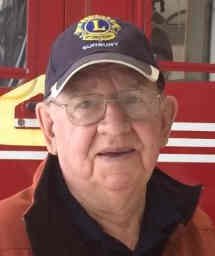 Our “Papa G”, Arie Gouw passed away peacefully October 23 surrounded by family, with love and adoration.  Born August 27, 1932 and raised in Barendrecht, Netherlands, his family of 12 survived Nazi occupied Holland before immigrating to Canada in April 1951 upon the SS Volendam. Arriving in Quebec City, hopped the train to Lethbridge and settled in Magrath. Under the sponsorship of the Navratil family, his Mom and Dad and his 9 siblings began their life in Canada. His dad, himself, and his older brothers began working as farm hands in the area. As he entered adulthood, a new adventure took him onward to Calgary and worked hard to settle into big city life.  Arie married Alma Benoit in 1956, and together they had 3 children. His 17-year career at Firestone as a banner operator was cut short due to union action and they made the move to Rocky Mountain House where he began a career with Quinn Contracting doing maintenance work at area gas plants. When the Nova Joffre plant opened, he was offered a foreman position with Quinn at the site and they made the move to Innisfail. A successful move, where he loved leading turn arounds with his skilled crews. Never one to sit still, once retired, he continued sharing his handyman skills around Innisfail.

Arie loved to volunteer, bike ride, camp, swim, hobby farm, music, history, MASH and Judge Judy, and road trips to see his family in Taber, Barnwell and Medicine Hat.  He was a gentleman, with a gregarious zest for life, a friend to many including his best friend Ted Webster, a brother from another mother. There was always something special that would show up on a Sunday morning, whether it was new carpentry projects for his grandchildren, new animal at the acreage, or a story (sometimes heard many times before). Arie had many special people in his life, and he was an example of how friends are often our extended family.

During his life, Arie made a commitment of almost 45 years as a Lions Club Member earning many leadership awards. His passion for supporting his community was strong, and he usually had a book of raffle tickets in his pocket for his family and friends.

Although Arie never returned to Holland, in his later years, he recounted to his family, his life as a young lad growing in a large Dutch family, and we cherished those stories.  He was never critical or sad about the struggle of life during WW2, but grateful for his parent’s ability to raise and love 10 children during desperate times.

Arie was predeceased by parents Arie and Bastiaantje, his brother Jan, his sister Audrey and the mother of his children, Alma.

We are sincerely grateful for the dedication and compassion from the Innisfail Home Care team who has supported our Papa G over the past years at home, through the transition, and during his time in Supportive Living.

We will be forever thankful for the care that Papa G received for the past few years at Sunset Manor. He was shown respect, provided compassionate care, and we were extremely glad that his care team shared in his sense of humor.

Thank you to his family physician, Dr. Gerald Miller, who provided a lifetime of dedicated, client centered care.

At Papa G’s request, no funeral will be held at this time. We will celebrate his life in the spring once the tulips bloom. We ask that you celebrate and memorialize his life by donating to Stars Air Ambulance, STARS Foundation, 1441 - Aviation Park NE Box 570

Calgary, AB T2E 8M7 or online at https://foundation.stars.ca/AB-tributegift or to the Innisfail Lions Club.

Condolences to Arie’s family may be emailed to meaningful@telus.net.

Share Your Memory of
Arie
Upload Your Memory View All Memories
Be the first to upload a memory!