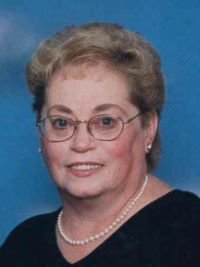 Sherry DeMaree of Red Deer County, Alberta, passed away peacefully at her home holding her husband Brian’s hand on November 6, 2019 at the age of 72 years.

Sherry was born in Edmonton, Alberta. Her early years were spent in Edmonton and on her grandparent’s farm here in Red Deer. When Sherry was a young teenager, her family moved to Kent, Washington, USA and then to Sequim, Washington, USA, where she was a senior in high school. That year, Sherry met her future husband, Brian. They were married on February 18, 1967 and Brian left in May to serve in the US Army and the Vietnam War. After the war, they were in Maryland, Texas, Iowa, and Washington until coming to their Red Deer County farm, where she and Brian lived until her passing.

Sherry loved the outdoors, operating the various farm machinery and tending to the farm animals, and she enjoyed painting.Throughout her years, Sherry made many friends with her engaging personality and big heart, always wanting to help others.

Sherry will be lovingly remembered by her husband Brian; stepmother Trudy; sisters Chris, Doreen (Paul), and Val (Eric); brother Bill (Christy); sister-in-law Maree and her children as well as numerous other family members and friends. She was predeceased by her parents and her uncle Bill.

Brian would like to thank the staff of Unit 32 at the Red Deer Regional Hospital for the wonderful care and love Sherry was given during her stay there.

An informal time of fellowship will be held at the Poplar Ridge Community Centre, located on Range Road 283, between Highway 11 and Highway 11A (Red Deer County), on Thursday, November 21, 2019 between 2 and 4 pm.

Memorial donations may be directed to the Canadian Wildlife Federation, 350- Michael Cowpland Drive, Kanata ON, K2M 2W1. Condolences to Sherry’s family may be emailed to meaningful@telus.net.

Share Your Memory of
Sherry
Upload Your Memory View All Memories
Be the first to upload a memory!