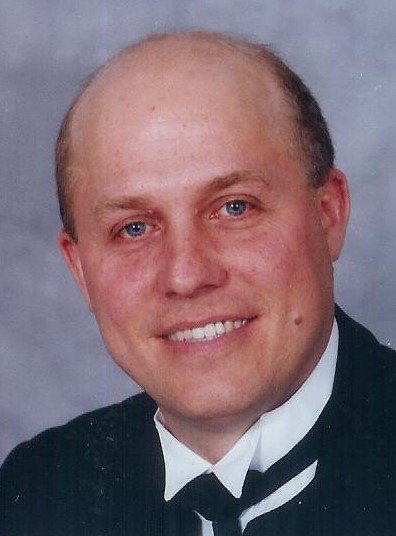 It is with great sadness that we announce the unexpected passing of Steven Joe Kondor on Wednesday, November 4, 2020.

Steve was born February 26, 1964 in Trenton, Ontario to Al and Jeannette Kondor. Soon after being born, Steve came west with Mom and Dad and big sister Christine to the family farm north of Vauxhall. He took his schooling in Vauxhall and was a member of the Vauxhall 4-H Club. He played hockey, basketball and baseball, and was successful at track and field, all while putting in his time in the fields helping with the farming. It wasn’t long after finishing school that the oilfield called Steve’s name, starting first with being on the pipeline and then moving onto the rigs.

On January 9, 1991, Steve became a father when Cameron Dale was born. A whole new ballgame. And on December 26, 1995, Trent Allan joined the clan. On June 3, 1998, Steve met Tracy at the ball diamonds; they ended up on the same team together. They started dating on September 3 and on April 3, 1999, were married in Saskatchewan. Allison Kathleen entered the crazy family on June 13, 2000, and Steve had his perfect family.

Steve climbed his way up the ladder from roughnecking all the way up to consultant. In May 2011, he started his own consulting company, Kondor Wellsite Supervision. This past spring, Steve was excited to try something new and he went out and got his Class 1 licence in June.

Although Steve worked away a lot, his life was for his kids. He’d drive countless hours to get to a hockey or football game or even a figure skating competition. Travelling was something that Steve enjoyed over the years; from Coast to Coast with numerous stops in between plus Hawaii, Florida, Texas, California, Arizona and Mexico.

From cutting grass to playing hoops and catch with the kids, Steve loved being outside. It was a mission of his to get out skiing at least once a year. An avid sports enthusiast, his favourite teams were the San Francisco 49ers, Edmonton Oilers, Oakland Athletics, and Calgary Stampeders. But more important to him were his kids’ teams in football, hockey, lacrosse, basketball, volleyball, soccer and even figure skating and dance. He was a proud Dad for sure. Steve was just getting into a new round of kids with his grandkids, whom he loved very much.

Steve is survived by Tracy, his loving wife of 21-and-a-half years, his children Cameron (Elin), Trent (Amber) and Allison (Dawson) along with grandchildren Nathan, Jack, Eddie, Kane, Quinnley and another one on the way. Steve is also survived by his siblings Christine (Barry), Yvonne, Tracey (Mike), Martin (Benita) and Brian (Michele) and their families; Tracy’s siblings Anne (Bill), Mark (Sheri) and Eric (Wanita) and their families; and Tracy’s Dad, Chris. Steve was predeceased by his grandparents Teresa and Martin Kondor and Jennie and Allan Clelland, mother-in-law Ilda Christensen, niece Megan Kondor and his parents Al and Jeannette Kondor.

A private viewing was held for Tracy and their kids.

A Celebration of Life will be held at a later time.

Memorial donations may be directed to Diabetes Canada, 1300 - 522 University Ave, Toronto ON, M5G 2R5, or online at www.diabetes.ca/donate?bucket=categorythree.

Condolences for Steve's family may be emailed to meaningful@telus.net.

Share Your Memory of
Steven Joe
Upload Your Memory View All Memories
Be the first to upload a memory!