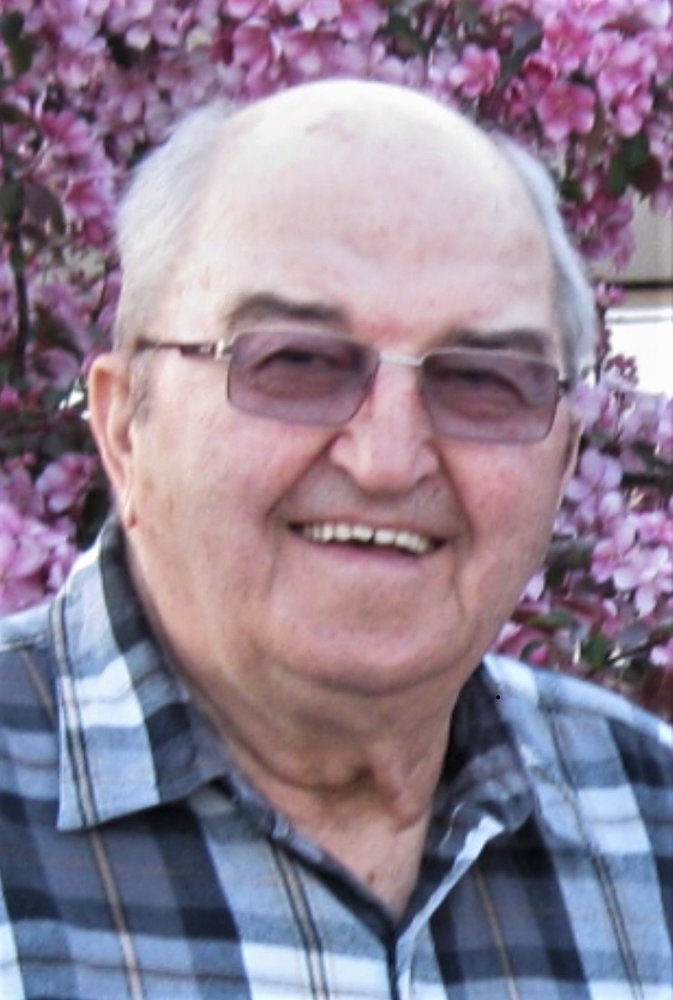 With profound sadness, the family of Bronislaw Kafara announces his passing on January 5, 2021, at the age of 94 due to a heart attack after a short stay in the Red Deer Regional Hospital.

Brownie was born in 1926 in Sanok, Poland. He immigrated with his parents, John and Victoria, Albert (Brownie’s grandfather) and six siblings to Canada in 1930. The family settled on a farm north of Renwer, Manitoba, where Brownie and his siblings attended Dunkinville School.

While he was growing up, Brownie worked with his family on the farm during the summer and cut pulpwood during the winter. After WWII, when his older brothers returned from the war, Brownie took the opportunity to receive training in Edmonton, Alberta for diesel and auto mechanics. A few years later, he returned home to Manitoba to continue his love of farming. Several winters were spent with two of his brothers cutting pulpwood in northern Ontario.

On June 7, 1952, Brownie married Mary Yablonski. They both worked tirelessly on their mixed farm while raising four children. Brownie often put his mechanical and carpentry skills to good use. He repaired his own farm equipment, built granaries, a garage and an addition to the house. He also helped build the new St. Joseph’s Catholic Church in Renwer.

Brownie took great pride in working their land and maintaining a healthy herd of livestock. In the early years, Brownie had a 1949 Chevy one-ton truck that he used to haul pulpwood, livestock and coal, which enabled him to supplement the farm income. Later he worked at the Auction Mart and drove a school bus for the Swan Valley School Division. Brownie was always very active in community affairs. He volunteered as a member of the UGG (United Grain Growers), the church board and as a school trustee. Brownie and Mary enjoyed visiting with family and friends, playing cards, dancing, curling, planning picnics and church gatherings.

After retiring from farming in 1984, the couple moved to Swan River, continuing to be very active with bowling and camping, and especially enjoyed fishing with family and friends at Rocky Lake as well as several other nearby lakes. Brownie joined the Knights of Columbus and became an avid gardener, continuing his love of working with soil and plants. While the couple lived in Swan River, they travelled to various destinations as well as Saskatchewan and Alberta to visit family.

In 2010, Brownie and Mary moved to Red Deer, Alberta. It was difficult for them to leave family and friends in Swan River, but they looked forward to being closer to their children and grandchildren.

Cremation has taken place with arrangements in care of Meaningful Memorials Funeral Service of Red Deer. Due to COVID restrictions, there will be no service at this time. Brownie will be laid to rest at a later date at Alto Reste Cemetery in Red Deer.

Should friends so desire, memorial donations in Brownie’s honour may be made to the Heart and Stroke Foundation of Canada, 110 - 1525 Carling Avenue, Ottawa ON, K1Z 8R9; or Red Deer Regional Health Foundation, 3942 50A Ave, Red Deer AB, T4N 4E7.

Share Your Memory of
Bronislaw (Brownie)
Upload Your Memory View All Memories
Be the first to upload a memory!