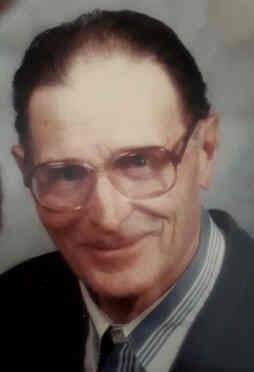 Thomas William Gilchrest “Bill” Ralston of Red Deer, AB passed away on January 28, 2021 at the age of 95 years. Bill had been suffering from Alzheimer’s over the last few years. Just like he dealt with all experiences in life, Bill managed his illness with strength and grace and wanted to spend as much time with his loved ones as possible.

Bill grew up on a farm in the Haynes area of Alberta. Bill started his career working on pipelines in Devon, Alberta and moved to Saskatchewan with Dome Petroleum. He then moved to Fairview, Alberta to manage his own Hardware business for a period of 10 years. After his first wife Roxy Zinn passed away, Bill was employed with Alberta Hail and Crop insurance for a number of years where he met and married Valyene Thompson. They moved to the Grande Prairie area and lived first in Grovedale and then Dimsdale. During this time he returned to farming in both the Ellmworth and Dimsdale areas. At the age of 75 Bill retired and moved to Red Deer, Alberta.

In his spare time, he loved camping, carpentry, golfing, working in his yard, spending time with his family, and volunteering. Bill was a longtime member of the Lions club of Canada. He was a kind and loving partner to his spouse Valyene as well as a caring father to his children, a loving grandfather and great grandfather.

Aside from being survived by his loving wife Valyene; sons, Grant (Monika), Craig (Bernice), Lyndon (Christine); daughter, Roxanna (Knud); stepson, Michael and step daughter, Melissa, Bill also leaves behind 11 grandchildren and 13 great grandchildren. He is lovingly remembered by his sister Margaret Petrishen, along with brother in law Bud Michael.

Bill was predeceased by his parents Tom and Fern Ralston and sister Hazel Michael.

No formal funeral service will be held.

The family would like to thank the staff at Villa Marie in Red Deer for the compassionate care Bill received over the past two years.

Condolences to Bill’s family may be emailed to meaningful@telus.net.

Share Your Memory of
Thomas
Upload Your Memory View All Memories
Be the first to upload a memory!