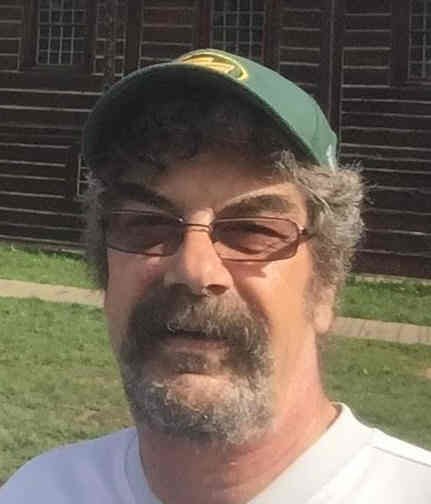 Brett Richard Cline of Red Deer AB. passed away at The Red Deer Hospice at the age of 62 years.

Brett was born in Edmonton, AB on February 22, 1958. He was raised in Red Deer by Don and Margaret Cline and went to school at Central Elementary, Central Junior High and Lindsay Thurber High School, where he graduated in 1976. In 1979 he met Linda Makowski and they were married in Red Deer on July 24, 1982. Soon then after, they brought daughters Kara and Heather into the world.

Brett worked at Loomis, Northwest Motors and Ladwig's Automotive. He loved cars, especially fast ones. His first car was a 1953 GMC half-ton. He also owned a 1966 'Cuda and a 1968 GTX. His best friends were Gary Coleman and Gary Zacher. Brett’s favorite band was The Nitty Gritty Dirt Band. He also enjoyed many sports and activities such as getting out on the golfing range, fishing, out to an Eskimos football game or watching an Oilers game.

Brett is survived by his loving daughter's Kara (Jason) Hickey, their children, Connor and Lillian Hickey of Red Deer, Alberta and Heather Wilcox of Grande Prairie; first wife Linda Fraser and his second wife Cindy Cline.  Also, to cherish Brett’s memory are his brother Scott (Shaunna) Cline and their children Makaila, Broden, Scotia, Bryna and Caiden; nephews Ryan (Sarah) Smith and Scott (Maddie) Smith as well as numerous other family members and friends. Brett was predeceased by his parents Donald and Margaret Cline and his sister Sheryl Slade.

We will deeply miss his lighthearted way of joking about anything. He could always make you laugh, and he will never be forgotten.

Once the Covid19 social gathering restrictions are lifted, an outdoor celebration of Brett's life will be held in the summer for family and friends in Red Deer.

Condolences to Brett’s family may be emailed to meaningful@telus.net.

Share Your Memory of
Brett
Upload Your Memory View All Memories
Be the first to upload a memory!
Share A Memory