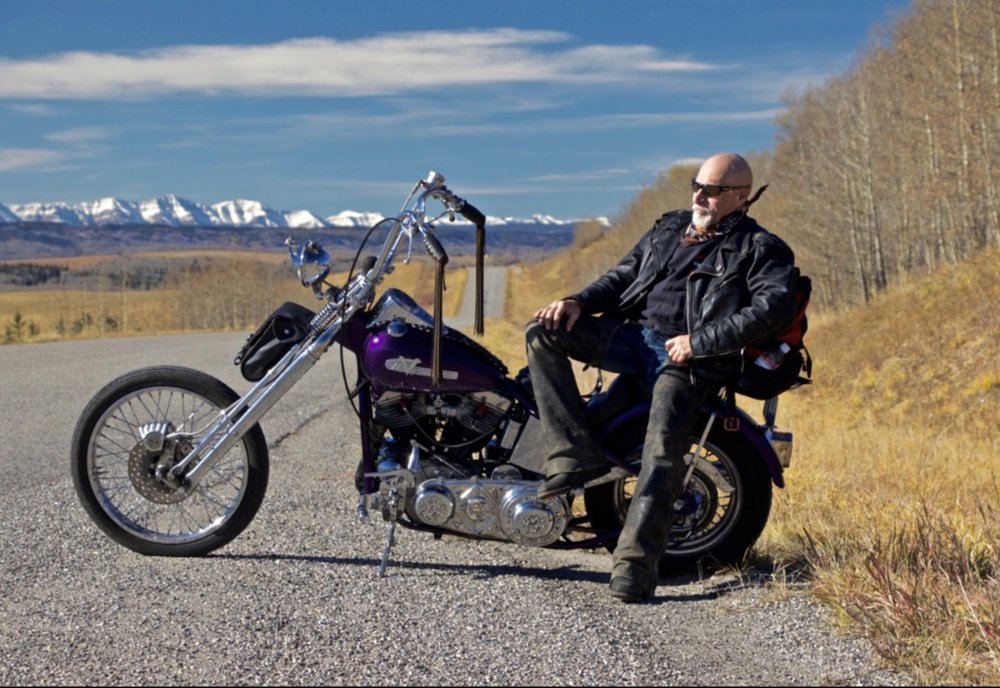 David “Zeke” Helm fell asleep for the final time on February 14, 2021, after a valiant battle with pancreatic cancer. He passed at home, surrounded by loved ones, still cracking jokes. He leaves behind his only (and, by default, favourite) daughter Stevie and Son-in-law Jordan, amazing partner Linda, and bonus kids Kerri (Trevor) and Conrad. His 5 grandchildren, who meant the world to him, Alexis, Isabella, Kinnley, Atticus, and Aiden are tasked with carrying on Papa’s legacy.

He will be greatly missed by his mother Dicksie, to whom he was her only (and, by default, favourite) son, as well as his 5 sisters Maridell (Jim), Valerie, Constance (George), Lana (Jerry), and Carol. Dave’s spirit will be remembered by numerous nieces and nephews, countless friends, and (quite possibly the one he will miss the most) his loyal dog Cujo.

You could often find Dave in his garage (where you were handing him the wrong tool) or at his basement bar where he’d offer you a cold beer and share some of his (fervently held) opinions on many subjects. These fervently held opinions, coupled with a lack of patience and inability to keep his opinions to himself, led to several stints in “Facebook jail” - a fact he was oddly proud of. He was quite possibly the most stubborn man who ever lived. We loved him anyway.

Dave’s only regret in life is letting his daughter buy a Dodge (but, hey, at least it wasn’t a Ford).

Dave was looking forward to reuniting with his best friend, his father Elmer & many other relatives and friends that went on before him. He wanted all to know that he’ll “see you on the other side and save you a spot”.

In lieu of flowers, Dave requests a donation be made to either of the following organizations in his honor: Prairie Pitbull Rescue or Ronald MacDonald House Red Deer. Dave also was sure to note that no donations be made in his name (or anyone else's) to any cancer society as “they didn’t do [expletive] for me”.

Due to current restrictions, a gathering and celebration of life will be held at a later (warmer & sunnier) date. For now, please have a drink in his honour.

Condolences to Dave’s family may be emailed to meaningful@telus.net.