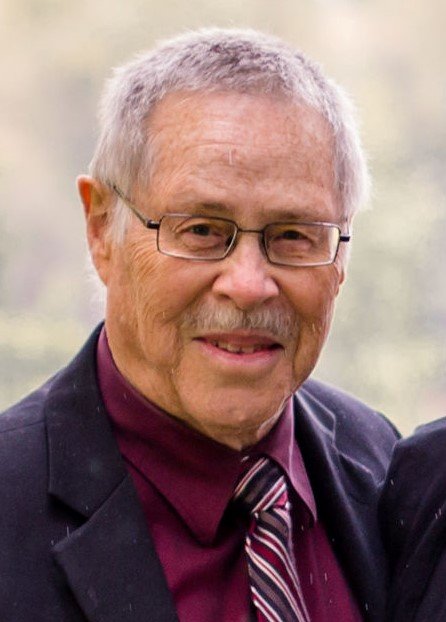 Terry Reid Foulston of Lacombe, Alberta passed away at the Lacombe Hospital and Care Centre on Monday, April 5, 2021 at the age of 71 years.

Terry was born in June 1949 in Central Butte, Saskatchewan to Mazel and Roy Foulston, completing his family of an older sister, Marilyn, and brothers Murray and Dennis. He attended school in Tugaske and went to CUC in Lacombe, Alberta to complete his high school.

Although Terry's heart was always on the family farm in Tugaske, he attended Kingsway College (Oshawa, Ontario) and then Branson Hospital School of Nursing (Willowdale, Ontario) to complete his Registered Nursing degree. After graduation, he worked in the ER at Branson Hospital for a year, until his fiancé, Judy Wecker, graduated from nursing. A month later, in September 1974, they were married in Kelowna, B.C. After the wedding, Terry and Judy made their home in Tugaske, where Terry was able to rejoin his brothers in their farming ventures.

Terry’s childhood dream was to be a missionary – although farming was a close second. In April of 1976, Terry and Judy traveled to Zaire, Africa to live out his dream. Although he was to travel on safari and help with people who needed medical attention, this didn’t quite work out. Instead, Terry nursed at Songa Hospital near Kamina, Zaire, during the year they were in Africa. He assisted his mentor, Dr. Olavi Rouhe, in performing surgeries and took and developed x-rays and participated in many procedures that he would not have been able to do in Canada.

Terry and Judy's first child, daughter Jeanine, was born two months after their arrival in Africa, and was her daddy’s pride and joy. The following April, the family returned to Tugaske and began farming again. Sons Rick, Jeremy and Andrew joined the family over the years, and Terry was thrilled to build his ball team.

In 1981, Terry resumed his nursing career when he began to work at the Moose Jaw Union Hospital. In 1987, he resumed nursing full-time and the family moved to Moose Jaw. During this time, he was able to pursue his enjoyment of baseball and played on a slowpitch team.

In 1993, the family moved to Lacombe, Alberta, where the oldest children attended Parkview Adventist Academy. Terry began work at the Lacombe Hospital and Care Centre and worked full-time nights for many years until his retirement in 2018. He lived for the spring seeding and fall harvest, when he would take holidays and join his brothers in Tugaske and help out. He also joined several ball teams in Lacombe during the spring and summer, and volleyball teams during the fall and winter months. He loved playing on teams with his children.

Sadly, Terry’s retirement also coincided with a deteriorating health due to cancer. Treatments and tests took up much of his time and attention. As his health worsened, he gave up playing slowpitch ball and volleyball. He still enjoyed going to watch his sons play, as long as he could. In the fall of 2020, he received the sad news that all treatments were unsuccessful, and the cancer had spread. He did all he could to live, as he loved his family and wanted to be with them. Attending church at College Heights SDA Church in Lacombe was important to him. He loved singing in the men’s chorus, Men of Faith, while they were active. He was thankful that he was able to watch the church services online each week, which he did faithfully until the very end.

Terry loved traveling, and the family traveled together several summers while they were still able to do so. They visited the Black Hills in South Dakota, Florida and Ontario, and he was thrilled to spend this time with his family doing what he really enjoyed. He also went on several cruises with his sister, and his brother and sister-in-law, and the final cruise with his wife, daughter and granddaughter.

Left to mourn are Terry's wife, Judy, and their children, Jeanine (Adam), Rick, Jeremy (Alyce), and Andrew (Melissa), as well as grandchildren Kayla, Ares, Tales, Kiara, Kason, and Zoey. Terry was eagerly looking forward to the arrival of a new grandchild in June. Terry was predeceased by his mother (Lillian Mazel Foulston) and father (Roy Alexander Foulston) – his father lived to the age of 106  years. Terry was also predeceased by his precious daughter-in-law, Melody. Terry also leaves his sister, Marilyn, and brothers, Murray (Margaret) and Dennis (Carol), as well as their children and grandchildren.

Terry looked forward to Jesus’ soon return and to meeting with his loved ones in Heaven one day. His prayer is that he meets all of his family, and his friends, there one day soon.

Condolences for Terry's family may be emailed to meaningful@telus.net.

Share Your Memory of
Terry Reid
Upload Your Memory View All Memories
Be the first to upload a memory!
Share A Memory