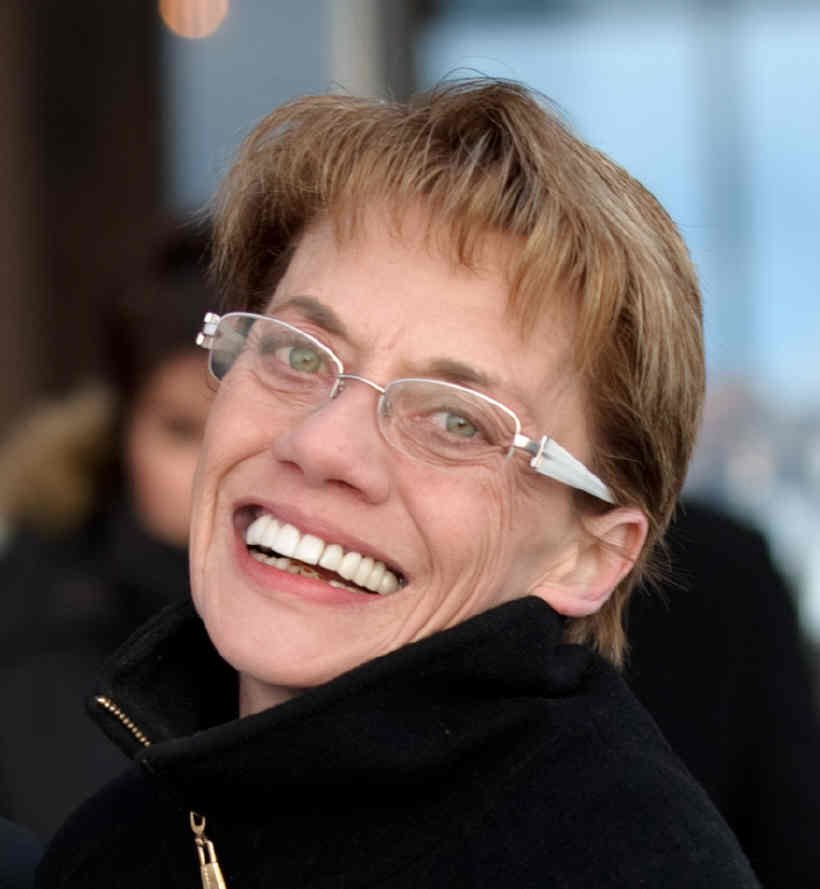 It is with great sadness (and with praise and worship) we announce the passing of Sandy Bett (Sandra Adelman) - daughter, sister, wife, mom, grandma, and a special friend to all who knew her into the Arms of Jesus on April 17, 2021 at the age of 60 years. Sandy passed at the Red Deer Hospital, following her decades-long battle with Crohn’s disease and more recently COPD.

Sandy was born to the parents of Herman and Clara Adelman in High River, Alberta on February 16, 1961. She grew up in the Battle Heights area (Carrot River), Saskatchewan on the family farm with her family Herman and Clara Adelman, and her four sisters: Debbie, Sherry, Brenda, Denise and her brother Scott. Sandy attended school in Carrot River and Nipawin, Saskatchewan. Sandy attended school in Carrot River from grades 1-9 before going to Nipawin’s LP Miller School. She attended Sunday School and Vacation Bible School in Battle Heights too.

While Sandy was in high school she found the love of her life Randy Bett, her future husband; through her older sister Sherry. Sandy and Randy’s first date was January 28th, 1978 (which they celebrated annually for 43 years), they were engaged on December 31st, 1979 and married August 2nd,1980 in Carrot River, Saskatchewan.  Sandy gained two more loving parents: Roy and Helen Bett.

Sandy worked at the Carrot River Peat Moss from 1978 to 1984. Shortly thereafter Chad was born in 1985 and Nicole was born in 1986; both born in Nipawin, Saskatchewan.  Sandy was a full-time mom to Chad and Nicole all the way through their childhood - to Grade 12 and beyond. Once the children had both grown and graduated Sandy took on the work of office administrator as Randy moved from teaching High School to working as a real estate agent.  She continued working until 2014 when they moved to Red Deer to be with the granddaughters.

Sandy’s pride and joy was the life and family that she made with Randy, their kids Chad and Nicole and granddaughters Stella and Allie. Sandy would do anything for them. Their happiness made her happy. Her Granddaughters will remember her love for shopping, painting nails, sneaking candy and money.

Sandy loved to have a clean house and vehicles and she was known for her ‘mom’s clean’. Everything was organized and had its spot – Sandy made it look so easy and effortless. She remembered every birthday and anniversary. Sandy loved reading Danielle Steel books, watching Orpha and listening to Celine Dion. Sandy was strong and determined. Everything she did was done with a smile and positive attitude.

Sandy enjoyed spending time outside reading, sun tanning, gardening, pick berries and tending to her flowers. Her favorites were tiger lilies, lilacs and pussy willows. Sandy loved candy and sweets, especially cookies, hot tamales and gum. Sandy was known for the most amazing butter tarts around; homemade pastry perfectly rolled every time! She loved her mother’s cooking and baking most of all. Sandy also watched 100’s of sermons while walking on the treadmill. She grew to love home renovation shows and the food network.

Sandy enjoyed taking interest in Randy’s passion for vehicles. She liked going to swap meets and various of car shows. Sandy loved to travel with Randy they went to Arizona, California, Florida, Las Vegas and Victoria. Together they also travelled in their motorhome to Yellow Stone National Park, Manitoba and across Saskatchewan as much as possible. Sandy loved listening to Randy laugh watching America’s Funniest Home Videos. He kept her strong, they were best friends and the love of her life.

Sandy was very welcoming to all of Chad and Nicole’s friends. She always made them feel apart of the family. “The Boys” would often to refer to her as their second mom. She also loved to joke around, play pranks and make people laugh. Sandy was loved by all; her family and friends could call her up and pick up where they left off.

Sandy will be forever cherished by her husband Randy, son Chad (Jolene), daughter Nicole (Tyne Gardiner) and their two daughters (Stella and Allie), by her parents Herman and Clara Adelman, by her sisters and brother - Debbie (Don Shinkewski), Brenda (Rene George), Denise (Bill Wiebe), Scott (Angela Cheyne), along with many nieces, nephews, aunts and uncles, cousins and friends. Sandy was predeceased by her sister Sherry Jerome; and father and mother-in-law Roy and Helen Bett.

Sandy was a role model as a beautiful Daughter, amazing Sister, loving Wife, best Mom and caring Grandma. Sandy was loved by the entire family and by all those who met her and called her a friend. Sandy will always be remembered for her positive attitude, huge smile, generous heart and her love of God. Sandy’s free now from her earthly pain and suffering and in The Loving Arms of Jesus.  Praise the Lord.

A private family urn interment / memorial service will take place in the Mabel Hill Cemetery, Nipawin, SK. In lieu of flowers, memorial donations may be directed to the Crohn’s and Colitis Foundation. https://crohnsandcolitis.ca/

Condolences to Sandy’s family may be emailed to meaningful@telus.net.

Share Your Memory of
Sandy
Upload Your Memory View All Memories
Be the first to upload a memory!
Share A Memory