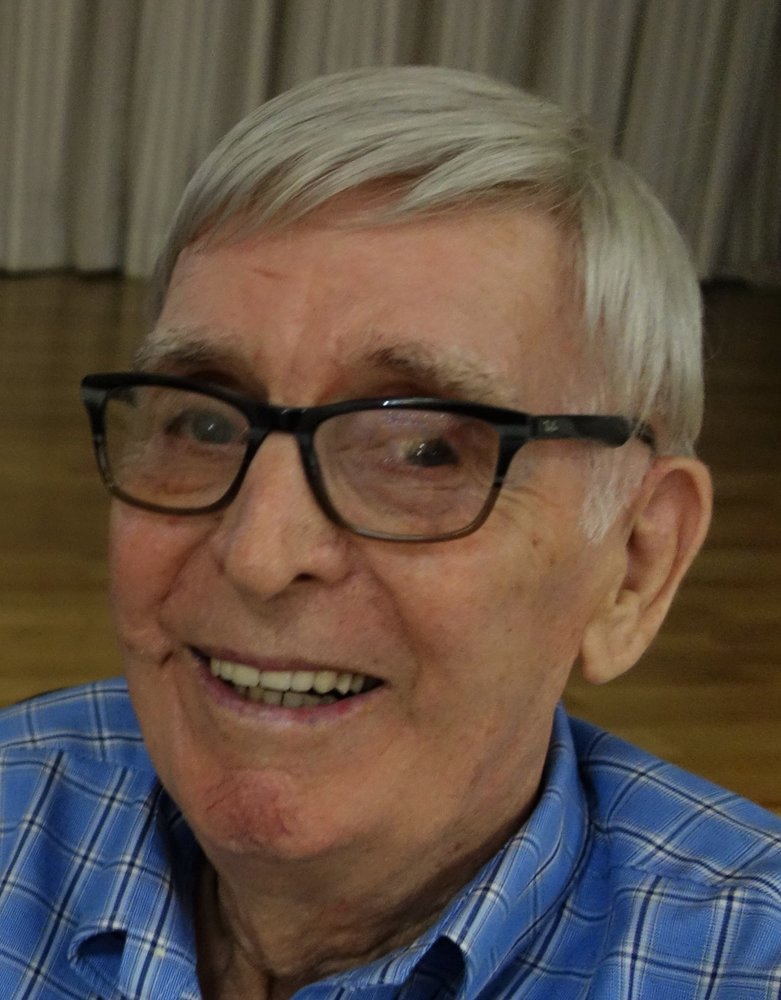 It is with deepest sadness the family announces the passing of Stanley Gunnar Johannson on April 21, 2021 at the age of 86 years. Sixty-three years ago, Stan married the love of his life, Helen (nee Liivam). Together they raised four children: Terry, Wes, Wendy and Darren.

Stan was the eldest son of J.K. (Big Joe) and Hazel Johannson. In 1953, Stan went to Olds School of Agriculture to learn how to be a successful farmer. He went to work for Calgary Power moving power lines. That he found to be too dangerous and took a job in Sylvan Lake mowing grass for the park department and also worked in Red Deer digging sewer line trenches. No safety cribbing in those days. He decided farming was his calling.

Stan and a few of his buddies went to dances in the surrounding area and met Helen at a dance in Gilby in September 1955. After courting for a couple of years, he started looking for a farm to purchase in the Markerville area and in February 1958 made a deal with Tom Davis to buy his half section of land on the Medicine River flats. Stan and Helen married April 5 in Markerville at the church followed by the reception in the Markerville Hall. Their farming life together began.

It was difficult starting out with very little machinery of their own, but with borrowing some from Stan's Dad when needed, they got by. They started out with five black heifers and a milk cow and a couple sows and a few chickens. Eventually, they moved away from the cattle and built up the pig operation.

In the spring of 2002, after much thought and family discussion, it was decided to make a campground in the spruce forest. With the farmhand, saws, axes and everyone available, the work began. Old machinery and junk was removed, dead trees were cut down, land was leveled, gravel put in stall sites, and trailers were moved in. The Johannson Family Kampground was established. Lots of camping with family and friends followed, and Stan enjoyed all of it.

Stan was active in Markerville, and was a part of the restoration of the Markerville Hall, Creamery and various projects with the Stephan G. Stephannson Icelandic Society.

Stan and Helen loved to travel and visited numerous countries and states, but their favourites were their trips back to their roots in Iceland and Estonia. In 2008, they found another home in Sun City West, Arizona, where they enjoyed many winters, walking and playing cards and shuffleboard.

In spite of battling dementia for the last years of his life, Stan never lost his smile and good nature. He never forgot his pigs nor his 1997 GMC half-ton truck. Sunset Manor became his new home, and we appreciate the compassionate care he received there.

Stan's large family loved him and will miss him; son Terry (Marilyn) and daughters Julie (Dan) Gray and their son Jaxton; Melissa (Paul) Hallman and their children Hailey, Mazie, Kiza and Jethro; Amy (Brett) Walline and their daughters Ava and Emily; and Cherisse, son Wes, daughter Wendy White (Frank) and her children Tyler (and fiancé Tahani) and Heather, and son Darren (Sara), children Bryn, Liv and Eva Johannson, and Adam and Jonas Robertson.

A celebration of Stan’s life will be postponed to a later date. In lieu of flowers, memorial donations may be directed to the Stephan G. Stephansson Icelandic Society, 114 Creamery Way, Markerville AB, T0M 1M0, an organization that Stan was involved with for many years.

Condolences for Stan's family may be emailed to meaningful@telus.net.

Share Your Memory of
Stanley Gunnar
Upload Your Memory View All Memories
Be the first to upload a memory!
Share A Memory