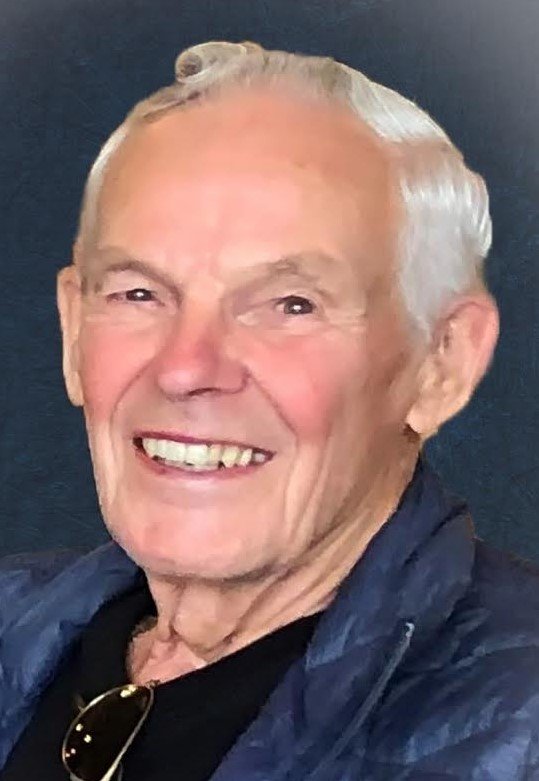 On April 21, 2021, our family lost our pillar, Daniel Joseph Plouffe, passing away at the age of 86 in Red Deer, Alberta.

Dan was born in Iron River, Alberta and grew up in the Bonnyville, Alberta area, where he met the love of his life, Jacqueline Lemieux. They married in 1955 and started a new adventure with the Royal Canadian Air Force. This allowed Dan and his family to live and travel around the world; from Edmonton to Whitehorse to Germany, where every time school was out, Mom, Dad and five young children traversed Europe in their Volkswagon van.

Upon returning to Canada in 1972, Dan was stationed in Mynarski Park, Alberta. While in the Air Force, Dan received many awards and took great pride in his championships from heavy-duty-truck-driving rodeos. After 25 years of service, he took his retirement and settled in Red Deer, Alberta. Always the exemplary hard worker, he then worked at Safeway for 20 years while starting a small business on the side called “Double D Doors.”

Dan lived a fulfilling life. He loved camping, hunting and fishing. Most especially, he loved spending time with his 12 grandchildren who adored him, spending weekends on the acreage being spoiled. In later years, he enjoyed golfing with his friends and doing woodworking projects, and often being called to help at the kids’ and grandkids’ houses for projects.

Due to COVID restrictions, a private family service will be held on Friday, May 7 at Sacred Heart Church, Red Deer.

In Dan’s name, donations may be sent to a charity of one’s choice.

Well wishes for Dan's family may be sent to meaningful@telus.net.

Share Your Memory of
Daniel Joseph
Upload Your Memory View All Memories
Be the first to upload a memory!
Share A Memory