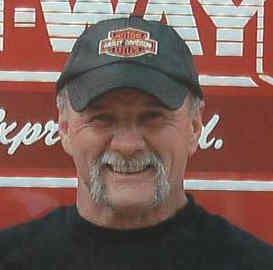 Donald August Nettnay of Springbrook AB passed away peacefully at the Innisfail Acute Care Centre on April 20, 2021 at the age of 66 years. Don was born in Didsbury AB in October of 1954 and was raised mostly in Red Deer AB.  For most of his working career, Don covered millions of miles trucking. He trucked along side his youngest son Don Jr. and younger brother Cecil. Don loved the outdoors, whether on the road behind the wheel of his truck, riding his Harley or enjoying fishing and camping.  He also loved his Dodge truck and NASCAR.

In following with Don’s wishes, cremation has taken place and no service will be held. In lieu of flowers, memorial donations may be made directly to the Ronald McDonald House (Central Alberta), 5002 - 39 St., Red Deer AB T4N 2P2. Condolences to Don’s family may be emailed to meaningful@telus.net.