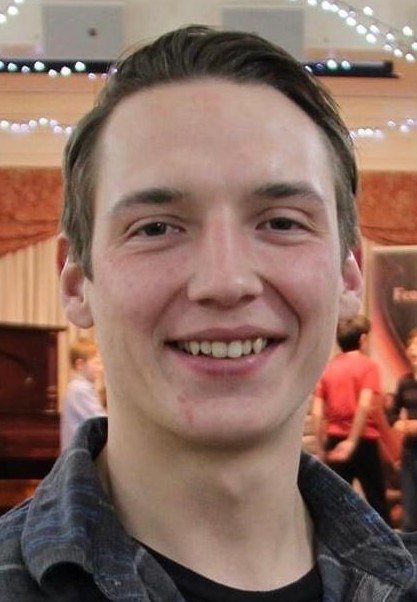 It is with a heavy heart that we announce the passing of our son, Mackenzie Drake Crozman, of Red Deer, Alberta. He passed away suddenly at home on the morning of May 8, 2021.

Mackenzie was born in Red Deer in September 1995 to Tom and Penny Crozman. He is the oldest of three children, a loving big brother to sister Triskan (Randle Ewing) and brother Keenan. He also shared a special connection with his adored nephew Marcus Ewing.

Mackenzie’s love for his family is a bond that can never be broken, and his love for his grandparents is a bond like no other. Being the first grandchild and nephew, Mackenzie developed a close friendship with his extended family. From a very young age, Mackenzie and his sister would spend weekends at their grandparents’ acreage, where he would help with anything and everything asked of him (as a young adult, this did not change). With his ever-present sense of humour, Mackenzie always had to make his family laugh.

As a big brother, Mackenzie was more than eager to teach Keenan, whether it was to ride a bike or skateboard, how to put on cologne, or just be outside and playing catch. Mackenzie’s nephew meant the world to him. If you were to look at Mackenzie’s phone, you would find many videos and pictures he had taken of Marcus. The times they spent together were playing, laughing and sharing everything.

Mackenzie’s job experiences ranged from general labour to tire technician. He was a hard worker and able to pick up new skills with every position he worked. He took pride in doing the job at hand.

Mackenzie started gymnastics at the age of four and continued until he retired at the age of 17. While competing, he travelled across Canada and into the United States, going to Chicago and San Francisco. His passion, ability and drive earned him countless medals and awards for tumbling, trampoline and double mini trampoline. Throughout his career, he ranked between first and third, and prior to retiring he ranked second in Alberta and fourth in Canada for trampoline and double mini trampoline. The friends he made during his time as a gymnast were like a brother-sister friendship that has lasted to this day. Mackenzie was also involved with the first fire cadet class for Red Deer County Fire, learning the basics of firefighting.

Mackenzie always had to be the life of the party, showing off his backflips. The friends he has made throughout the years have extended his family; these friends he would do anything for.

Mackenzie leaves behind his family, extended family (including numerous aunts, uncles and cousins), and countless friends.

Due to COVID, a Family and Friends Celebration of Life will held at a later date.

Condolences for Mackenzie’s family may be emailed to meaningful@telus.net.

Share Your Memory of
Mackenzie Drake
Upload Your Memory View All Memories
Be the first to upload a memory!
Share A Memory