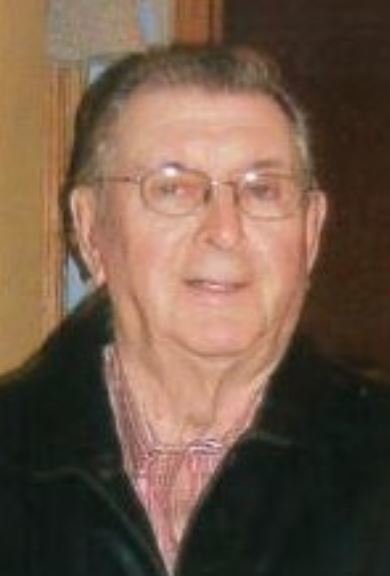 It is with great sadness that the family of Angus (Gus) Wood announces his passing on May 31, 2021 at the age of 91 years.

Gus was born in Corning, Saskatchewan, one of 12 children in his family. From humble beginnings, he started his lifetime of work, on his own, from the age of 12 on various farms. From there, he entered the mining industry in Prince Rupert, B.C., and later Thompson, Manitoba.

After mining, Gus ventured into several businesses in Thompson, including a Chrysler dealership and a trucking company. Gus then began his first retirement in 1982, moving his family to Red Deer, where he met many new friends. He was well known in auction circles, attending any sale he could find.

In 1995, Gus had the opportunity to run his own successful auction business (Gus’s Auction) until 2003, when he made his final sale and began his second retirement. Not one to rest on his laurels, Gus kept busy wheeling, dealing and working in his shop. He was a craftsman, able to build anything with just his two hands.

Gus will be remembered for a kind heart, quick wit and booming laugh. He is survived by his loving wife of 64 years, Shirley, his doting daughter Lesley and his devoted son Shan.

Heartfelt gratitude is extended to all staff at Red Deer Regional Hospital for their wonderful care.

A private service will be held June 8 with a celebration of life to follow at a later date.

In lieu of flowers, memorial donations may be made to the Heart and Stroke Foundation, 5241 Calgary Trail NW, Suite 144, Centre 104, Edmonton AB, T6H 5G8, or online here.

Condolences for Gus’ family may be emailed to meaningful@telus.net..

Share Your Memory of
Angus Ernest (Gus)
Upload Your Memory View All Memories
Be the first to upload a memory!
Share A Memory