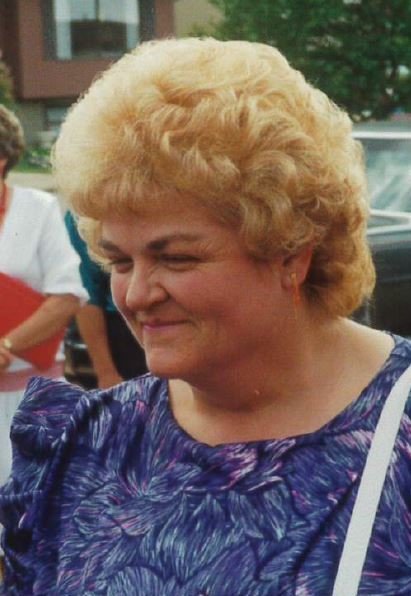 Jacqueline Louise Goodeye of Bowden, Alberta passed away Tuesday, June 22, 2021 at the age of 74 years.

Jackie was born in Innisfail, Alberta in November 1946. Growing up on the family farm, she first attended the Heckla school, then Dixon, then was in the first graduating class in Spruceview.

Jackie moved to Red Deer in 1965, working at Michener Centre. It was during this time she met Armond Goodeye, whom she married on September 14, 1967. During the years that followed, Jackie had three children and worked at various locations, including the Red Deer Regional Hospital, Earl’s restaurant and Glenn’s Family Restaurant.

Jackie was very much involved in her children’s endeavours. She was a hockey mom as well as a ringette, basketball, softball and baseball mom. Many of her children’s friends affectionately referred to her as Mama G. Jackie enjoyed dancing, embroidery, knitting and listening to the various bands that played at the Buffalo Hotel. She also enjoyed camping and road trips.

In 1994, Jackie moved to Bowden, Alberta, where she met Wayne. They resided in Bowden until the time of her passing.

We will always remember Jackie for her love of family, her wonderful, open personality, and her love of life.

Jackie was predeceased by her parents, Claude and Mary Hendrickson; her brother and sister-in-law Harvey and Marilyn Hendrickson; brother-in-law Tom Willsie; her son Victor Goodeye; her son-in-law Robertlee Morin; and her nephews Jim Hendrickson and Dwayne Lemke.

A service for Jackie will take place Saturday July 3, 2021 at 2:00 pm at Spruce View Hall in Spruce View, Alberta.

In lieu of flowers, memorial donations may be made to the Heart and Stroke Foundation, 5241 Calgary Trail NW, Suite 144, Centre 104, Edmonton AB, T6H 5G8, or online here.

Condolences for Jackie’s family may be emailed to meaningful@telus.net.

Share Your Memory of
Jacqueline Louise
Upload Your Memory View All Memories
Be the first to upload a memory!
Share A Memory