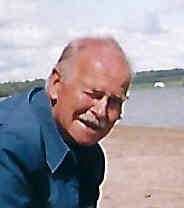 It is with great sadness that we announce the passing of one of the greatest men we have known. On June 30th, 2021 at the age of 85 our dear husband, father and friend Donald James Cawthorn received his angel wings. There was never any challenge that he was faced with that he did not face with grace, wisdom, patience and sheer determination. Born in Calgary May 10, 1936 to Clarice Maud Hathaway and Alexander Boswell he was the Jewell of his mother. From a young age his life’s work seemed to be set starting out as a paper boy for the Albertan and then becoming a supervisor to a paper route. He then became involved in the making of the paper with obtaining his journeyman in composing as the Albertan became the Calgary Herald. This was his passion and something he took great pride in doing throughout his career. It was in Calgary where he met the love of his life and soulmate Anja and eventually through perseverance married her. Their life moved to Red Deer where they spent the rest of their life. Dad spend a total of 31 years with the Red Deer Advocate and was the Major Accounts Executive and looked after many customers and accounts big and small alike and met many people along the way. Dads love for music was also a past time participating in plays lending his magical voice to many childhood classics such as Snow White with the Red Deer Theatre group. He also loved to play the double bass and spend many years with the Red Deer Symphony Orchestra. He had a love for animals and nature and created a homestead oasis in Red Deer County which was his pride and joy. Don leaves to remember him his soulmate and love of his life of 51 years Anja, his loving and devoted daughter Joan (Ron), grandchildren (Kyra, Matthew, Brooke, and Anna (Jonny) and great grandson Lukas as well as his extended family Kevin Brozer. This is not goodbye, my darling, this is a thank you. Thank you for coming into our lives and giving us such joy. As per his request there will be no funeral. Condolences for Donald’s family may be emailed to meaningful@telus.net.