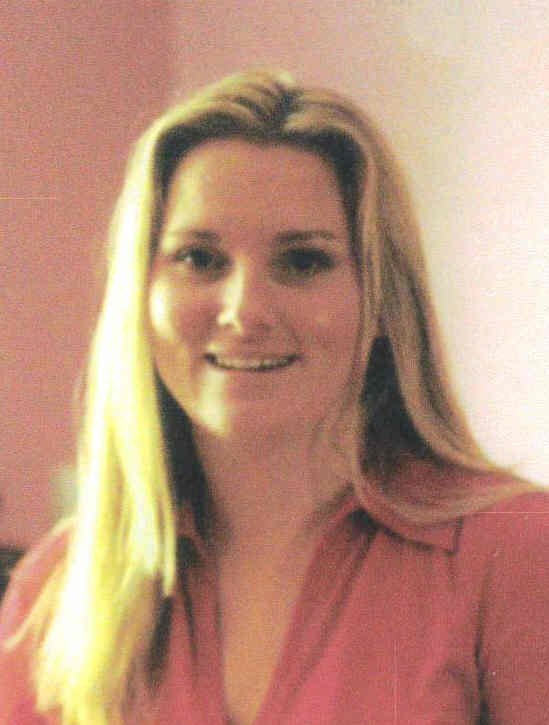 Jen was born in Bashaw, Alberta on July 7, 1974 to Randy and Lynda Anderson. She was the second oldest of six children and grew up in a large family with three brothers and two sisters. She was a born caregiver and was a huge help to her family. They lived in Stettler for a few years, and then lived in Fort Saskatchewan, where Jen spent most of her school age years. Often Jen was put in charge of looking after her younger siblings when both her parents were working on a house or trailer renovation. She learned many skills which would be valuable to her in the future. Jen reached a childhood goal of dedicating her life to Jehovah on September 21, 1991, at 17 years of age. Her love for Jehovah motivated her to choose as her career the full-time ministry and she became a regular pioneer in 1995. She had the joy of attending Pioneer School the following year in 1996. In order to support her career, she worked part-time in different areas of the health care field. Her spiritual family grew as she pioneered in different parts of Alberta; from Stettler to Calgary. Jen chose her close friends carefully and these became a close-knit group of friends that share a unique bond to this day. She continued to expand her ministry and horizons by moving to Toronto in the year 2000 and was privileged to serve at Canada Bethel. While working in the health care department, her caregiving skills were a blessing to many longtime servants of Jehovah. The next big milestone in Jen’s life was when she met her soon to be husband, Kyle, through a mutual friend. Despite living on opposite sides of Canada, their love for each other grew day by day. On the happy day of August 21, 2004, after Jen moved to North Vancouver, they were married. Their family grew again in January of 2006, when they welcomed their son, Quinn, to their family. Raising her son and teaching him to love Jehovah was truly a highlight of Jen’s life. Quinn was Jen and Kyle’s shared pride and joy. With his dad’s blue eyes, and both of their generous and happy dispositions, she saw her son grow to be a fine young man. Their little family moved from North Calgary, to Claresholm and then to Okotoks. They also spent some time in BC, in Langley and Abbotsford. Each time they moved their pattern of making friends continued. They also enjoyed renovating their different homes where Jen and Kyle worked as a team. Jen had a gift for beautifying a home, even on a modest budget. She earned the affectionate title “Kijiji Queen.” Kyle, on the other hand, would spend many hours turning Jen’s vision into reality. All the while, they provided loving support to any family and friends that needed it. Jen always loved growing up in the prairies, so in 2019 they returned to Okotoks and reunited with their family and friends as Jen courageously battled her illness. Her positive attitude remained constant right until the end as she spent the last month in the loving care of the Okotoks Foothills Hospice. On July 31, 2021 Jen laid down her sword not in defeat, but in victory. She “fought the fine fight of the faith” and won. (1 Timothy 6:12) It pained her family and friends to see her suffering during the last years of her life, but she is now at peace awaiting a time when Jehovah will bring her back to perfect life on paradise earth. Jen was well known for her love of entertaining, generous gift giving and sense of humor. There was lots of laughter heard when Jen was playing cards with her friends, which she usually won. She was an excellent hostess; always making delicious food, playing games, singing along to her favorite country songs and making sure that everyone there was included with some sort of fun activity. No one left her home or a party she threw without receiving a gift, often some of her famous homemade jam or pickles. She organized many congregation get togethers, planned unforgettable group vacations and was always thinking of ways to give to others. Jen was loyal and loving, especially to those who were close to her, but her love for her God Jehovah always came first. She liked to say 'friends are the family you choose for yourself' and she lived that truth in everything she did. Jennifer Lynn (Anderson) Larson is deeply loved and survived by her husband of 16 years, Kyle, her beloved son, Quinn, her sister Laura, and brothers Jeff, Clayton and Mike Anderson; Uncle Harvey and Aunt Colleen (Anderson) Fedun and their children, Brian (Julie), Darrell (Lisa), Joanne, Christine, Jason (Melanie) and David (Kira) Fedun along with their children and numerous nieces, nephews, aunts, uncles and cousins. Jen was predeceased by her mother, Lynda Jane (Foisey) Anderson, father, Randall Glenn Anderson, sister Michelle Dawn Anderson and both sets of her paternal and maternal grandparents.

Hebrews 6:10 – “For God is not unrighteous so as to forget your work

minister to the holy ones.”

On behalf of the family, we wish to thank everyone for their love and support, including the Okotoks Christian Congregation of Jehovah’s Witnesses and the wonderful love and care provided by the nursing staff at Foothills Country Hospice Society.

If you wish to make a donation in Jen’s memory, please feel free to send your donation to: Foothills Country Hospice Society, Donate page:

Condolences to Jen’s family may be emailed to meaningful@telus.net.

Share Your Memory of
Jennifer
Upload Your Memory View All Memories
Be the first to upload a memory!
Share A Memory