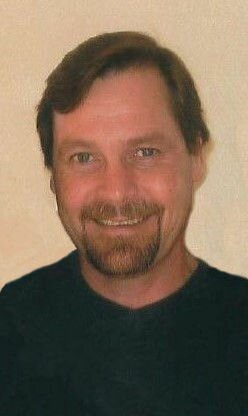 It is with great sadness that we say goodbye to Kimbal Douglas Raymond, who passed away August 16, 2021 in Penhold, Alberta at the age of 55. He was a loving son, father, brother, uncle and a good friend.

Kimbal was born in December 1965 in Souris, Manitoba. He graduated from high school in 1983 before attending Red Deer College, where he received his degree in Computer Science. He quickly found work in his field and attained a successful career as a systems programmer.

Besides being hardworking, Kimbal enjoyed spending time with his family and friends. He was always known to lend a helping hand and welcomed all who came to his door. He had a passion for the outdoors, enjoying hunting and fishing, and was often seen with his trusty dog Jake by his side.

Kimbal was an avid golfer and a known pool shark. He was a “natural” at all things, and was even able to teach himself how to play guitar. He was known as a generous friend and he is deeply missed by all who knew him.

Kimbal is survived by his son Kayne Raymond; his mother Margaret Cashman; his father and stepmother Frank and Jean Raymond; his brothers Paul Bayfield (Joyce) and Shane Raymond (Tera Lee); his sisters Karen Gauthier and Lisa Tough (Darren); and six nephews, five nieces and four great-nephews. He was predeceased by his son Logan Raymond, who passed August 12, 2010.

Family and friends are invited to attend a celebration of Kimbal’s life on Saturday, August 21, 2021 at 2:00 pm at the Memorial Hall in Penhold, Alberta, 1123 Fleming Avenue.

Share Your Memory of
Kimbal Douglas
Upload Your Memory View All Memories
Be the first to upload a memory!
Share A Memory