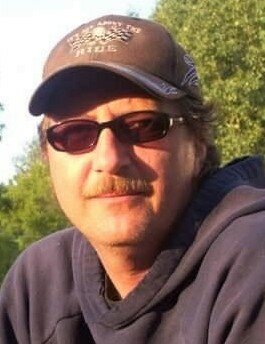 Martin Bruce Potvin of Red Deer, Alberta passed away at the Red Deer Hospice on August 30, 2021 at the age of 57 years.

Marty was born in March 1964 in Winchester, Ontario. He moved with his family to Alberta in 1979. In Alberta, Marty began his career in the print business, a career that would span 35 years. When the printing industry declined, he reinvented himself and went to work as a parts technician with Southside Dodge Chrysler.

In 1998, Marty met the love of his life, Cindy, and they were married in 2001. He found himself part of the Victor family and embraced his role as stepfather to Cindy’s three girls. Marty was so proud to be called Papa to his four grandchildren. Marty had a passion for distilling, friends and family could always look forward to a taste of his latest creation.

Marty is lovingly remembered by his wife Cindy Potvin; stepdaughters Karelin (John), Tiffany (Cam) and Megan (Victor); grandchildren Hadley, Everette, Stevie and Paislie; and sisters Donna (Bruce) and Pam. He was predeceased by his father, Ron, and his mother, Sheila.

A Celebration of Life will be held. It will be a private function for close family only.

Condolences for Marty’s family may be emailed to meaningful@telus.net.

Share Your Memory of
Martin Bruce
Upload Your Memory View All Memories
Be the first to upload a memory!
Share A Memory