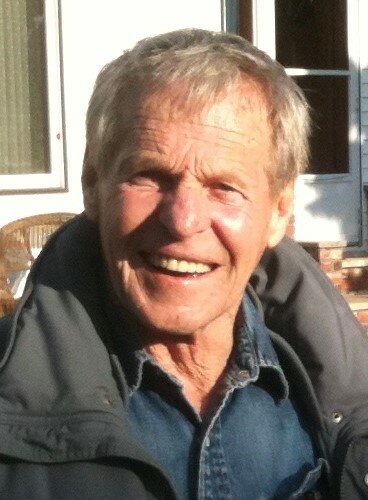 Beloved husband, father, grandfather, great-grandfather, brother, uncle, teacher and friend, Sam passed away on Thursday, September 2, 2021 at the age of 78.

Samuel (Sam) Alexander Hulkovich II was born in Nordegg, Alberta in 1943. Sam spent his childhood in Nordegg and then rural Stettler as the family relocated. Sam received his Bachelor of Education at the University of Alberta in Edmonton and began his long career as an educator. Teaching at several locations across Alberta, including Alderflats, Boyle, Bonnyville, Byemoor, Cold Lake, and Frog Lake, Sam spent the majority of his teaching years at Tofield School.

Sam shared his love of sport with the many school teams that he devoted his time to coaching, as well as the camaraderie playing with the Tofield Old Timers hockey team. He had many fond memories and stories, and when he wasn’t reminiscing you could hear the melodious tunes coming from his saxophone. Several colleagues became lifelong friends; some he saw more often than others, but the appreciation was the same. As most can attest to, Sam had a quirky sense of humour and was quick to read someone else’s sense of humour, which usually led to striking up conversations with friends he hadn’t met yet.

Sam had a great love of the outdoors and enjoyed annual camping trips with his family to Radium Hot Springs and Fairmont Hot Springs. He also shared his passion for the outdoors with his Outdoor Education classes by taking them on campouts. He encouraged his woodworking students to become entrepreneurs as they created “kingly” chairs from pieces of lumber; the students used skill-saws and propane torches. Sam had a unique way of teaching, and believed instilling creativity and “thinking outside the box” was imperative.

Sam was not one to sit still long and even kept busy during his summer breaks from school operating a dozer and dump truck, etc. These activities would transition into hobbies and then into another career after his retirement from teaching. Sam and Margaret made their home of 32 years in rural Penhold, which is where Sam peacefully passed in his sleep.

Sam’s friends and family are invited to a memorial gathering at his house on Thursday, September 9, 2021 from 12-4 pm.

It’s faith that lifts us up, love that brings us comfort and strength that allows us to move on.

If friends so desire, in lieu of flowers, tributes may be made to STARS air ambulance at STARS Donations, 1441 Aviation Park NE, Box 570, Calgary AB, T2E 8M7, or online here; or you may also perform an unexpected and unsolicited act of kindness for some poor soul in Sam’s name. Condolences may also be emailed to meaningfulmemorials@yahoo.ca.

Share Your Memory of
Samuel (Sam) Alexander
Upload Your Memory View All Memories
Be the first to upload a memory!
Share A Memory