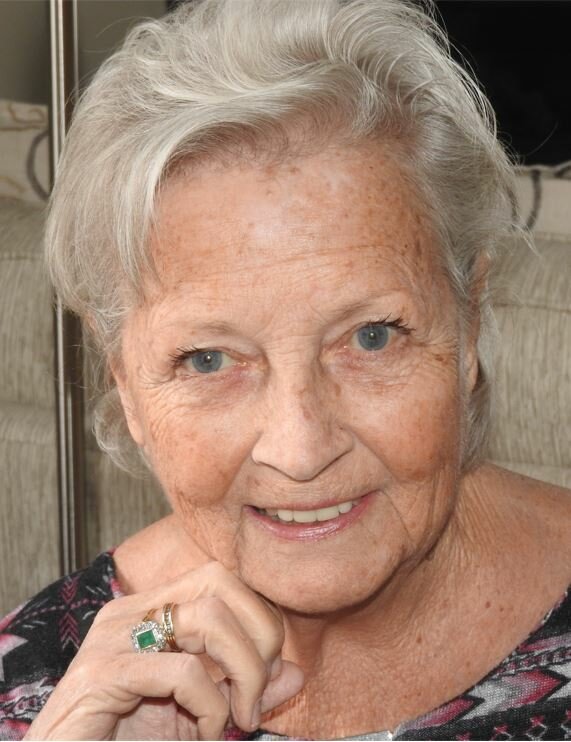 It is with broken hearts that we announce that Dorothy passed away peacefully at the Red Deer Hospice on October 1, 2021 at the age of 78. She was a dearly beloved wife, mother, grandmother, sister, aunt and friend.

Dorothy was born in Glasgow, Scotland in 1943, the youngest of six children. She suffered from kidney problems at an early age and spent many months in hospital. She did not attend school until she was 12 and did not even know the alphabet at that time! She left high school at 16 years old and became a hairdresser, a profession in which she continued to work until after her marriage.

Dorothy and David were married in Scotland in 1970 and, after a honeymoon in Ireland, came to Canada in May 1970. She and David lived in Ottawa, West Hull and Aylmer in Quebec, Toronto, Burlington and St. Catharines in Ontario, Calgary and finally, Red Deer.

Dorothy was a devoted and loving mother to her two sons, Rod (born in 1972) and Andrew (born in 1977). Dorothy loved children, especially those with special needs, and had a long career working with the Protestant School Board of Western Quebec, St. Catharines Public School division in Ontario and 25 years with the Calgary Board of Education until her retirement. She had a lovely singing voice and it was a delight to hear her singing around the home.

For almost 30 years, Dorothy and David enjoyed their cabin at Lakewood in Sylvan Lake and golfing with friends there. She and David loved to travel and spent many happy times exploring all over Canada, the US and Mexico. She particularly enjoyed the many years she spent in the winter in California at Quail Valley.

Dorothy suffered from poor health in recent years. In early 2016, she had a stroke which left her legally blind and David became her full-time caregiver. She also underwent hemodialysis in hospital three days per week for several years, and had several surgeries for skin cancer.

Dorothy will be dearly missed by David; her sons Rod (Erin) and Andrew (Breanne); and grandchildren Braedon, Marin (their mother Stephanie) and James. Also left to mourn are many nephews, nieces and other relatives in Canada and Scotland. Dorothy was predeceased by her four brothers, George, Bill, Jackie and Sydney. She is survived by her sister Eileen (Roland) in Geneva, Switzerland.

Cremation will take place and there will be no funeral service. A celebration of Dorothy's life will be held at a later date once COVID restrictions are lifted.

Condolences for Dorothy's family may be emailed to meaningful@telus.net.