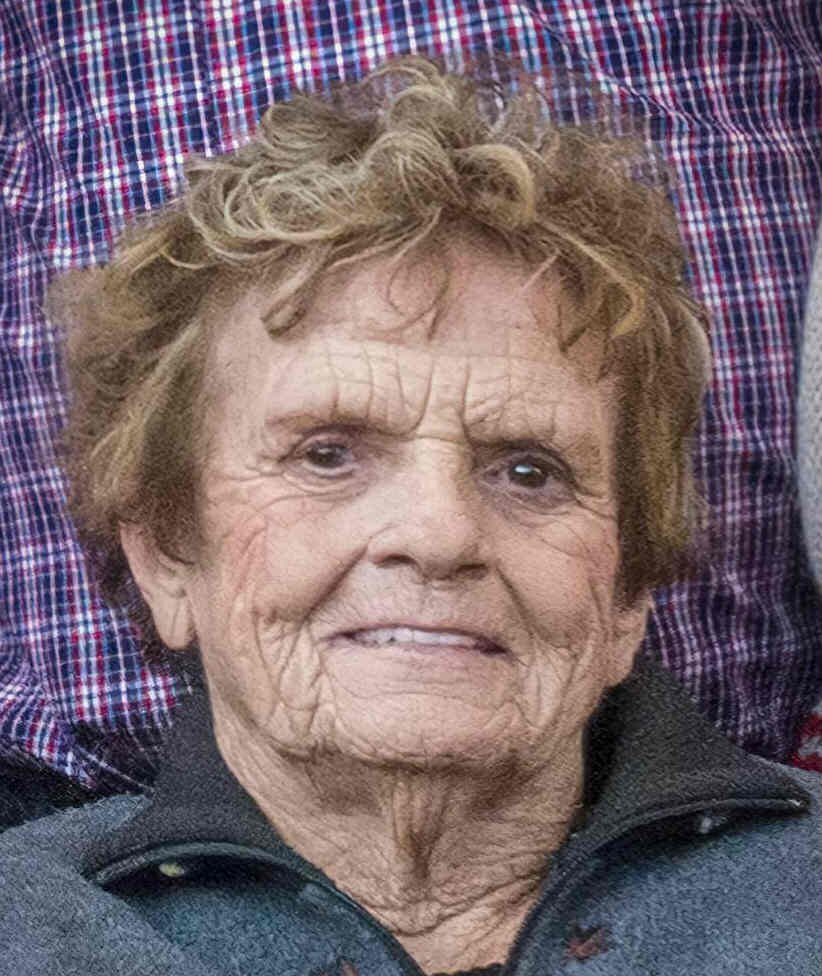 Bernice Iris Warkentin (nee Gibbon) slipped away peacefully at Points West Living in Red Deer after a short illness. Her husband, and best friend of 68 years Harvey, and her children were at her side.

Bernice was born in Stettler, Alberta, the youngest of seven children. She was raised on a farm in the Nevis area and developed a deep appreciation of animals and the natural environment. Special animal companions included her horse, Babe, from her childhood, and her two dogs, both named Daisy.

Bernice attended high school in Red Deer and met Harvey there.  They married in Stettler in 1955. Harvey and Bernice shared many adventures together. They enjoyed traveling and camping. In 1969, Bernice bravely brought her four children to Libya while Harvey worked for Dowel Schlumberger in the desert there. Bernice also supported Harvey by working with him at Harvie Instruments in Red Deer. Harvey and Bernice especially loved spending time with family and friends in Hawaii at their Maui condo, and dancing and playing cards with friends.

Her children and grand children benefitted from Bernice’s love of sewing and knitting. She liked to explore her creativeness by attending ceramic classes and joining the craze of fabric painting and bedazzling clothing items.  Bernice was a great matriarch who kept tabs on what family members were up to as well as hosting frequent family gatherings at their home.

She is predeceased by her mother and father (Olga and Albert Gibbon), sisters; Jean Airie, Noami Deems, brothers; Earl Gibbon, Bob Gibbon, Wayne Gibbon and Winston Gibbon. Bernice will enjoy being reunited with them in the after life as she was missing their fun times together.

Bernice’s family wishes to thank all of the staff at Points West Living where Bernice lived since 2015. The staff were so loving, caring and kind to her, and to visiting family members. In her final stage of life, they supported Harvey, Bernice, and kids while providing palliative care. The staff shared their memories of Bernice and her loving hugs.

Following Bernice’s wishes, a private family graveside service has been held.  A Celebration of Bernice’s Life will be announced and held at a later date.

In lieu of flowers, memorial donations may be made to the Alzheimer Society of Alberta and Northwest Territories, 306, 10430 – 61 Ave., Edmonton AB T6H 2J3

Condolences to Bernice’s family may be emailed to meaningful@telus.net.

Share Your Memory of
Bernice
Upload Your Memory View All Memories
Be the first to upload a memory!
Share A Memory