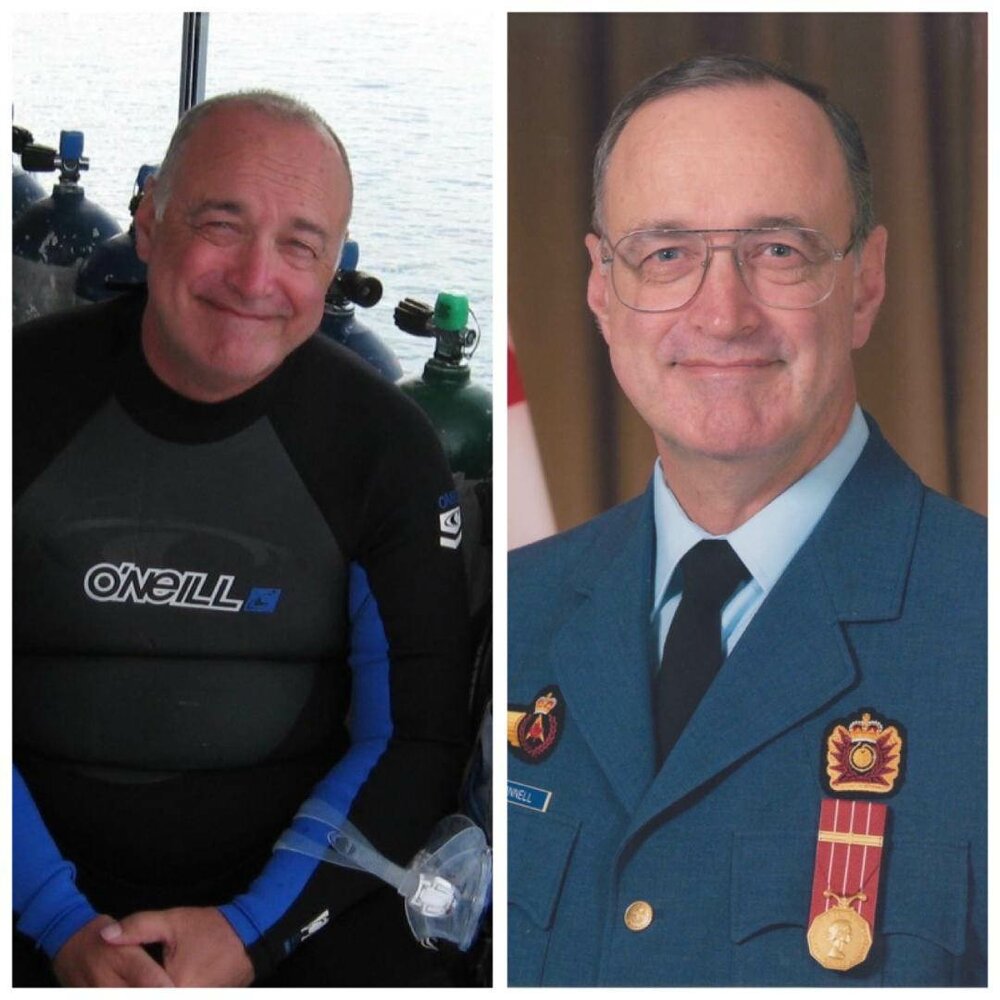 It is with great sadness that we announce the sudden passing of Steven Thomas Connell on October 24th, 2021 at the age of 68.

Steve was born in 1953 in Brighton, Great Britain. He moved to Montreal, Canada at a very young age. Steve joined the Canadian Air Force in 1975. While in Weapons Technician Training in Borden, Ontario, he met Jeanne, who he soon declared would be his future wife. She eventually agreed and they were married at the Church of Our Lady in Guelph, Ontario. Steve and Jeanne were both posted to Cold Lake, Alberta, where they started their family by welcoming their son, Andrew, and their daughter, Sarah. Soon after, they were on the move again. They spent many years of their lives in Bagotville, Quebec; Greenwood, Nova Scotia; and Ottawa, Ontario; before returning to Cold Lake. In 1991 Steve became a commissioned officer in the Air Force and upon retirement held the rank of Major.

During these years in the Air Force, Steve and Jeanne had the pleasure to meet and become lifelong friends with so many people including Bob and Rena Garland. They became like a second family to Steve and Jeanne and the kids.

After retirement in 2007 Steve and Jeanne hit the road in their RV. From Alaska to Arizona, they enjoyed spending time together traveling down the west coast. They set roots down in Red Deer, Alberta and Mesa, Arizona splitting their time between both. Summers for Steve were spent in the garage and on the golf course. He shared his love of woodworking, golfing and dad jokes with his grandchildren, creating many wood working projects with them or taking them out to the driving range to teach them how to hit the ball. Winters were spent in Mesa, where he enjoyed being with friends and creating in the wood shop. Many of his pieces are enjoyed by family and friends all over the world.

Steve was so excited these last few weeks as they had missed going to Mesa last year. He was very determined to make it this year and get working on some new projects in the woodshop.

Steve’s life was full of the people who he met over the years. He cherished each and every one of the friends he made.  He loved to catch up with someone he hadn’t seen for awhile and he was always available for a visit if they were in town or on the phone.

Steve leaves behind his loving wife Dorothy Jeanne Connell, his son Andrew (Yolanda) Connell, his daughter Sarah Connell and his grandchildren, Morgan Connell, Zoë Goodale, and Evan Connell. He will be missed by a very large family all over Canada, his brother George (Pia) Connell and his sister Linda (Bill) Connell Studley and a special cousin June (Ken) Knapp Naylor in the west, brothers-in-law Jim (Cheryl) Schmidt, Jeff (Josephine) Schmidt and Pat Beck, sisters-in-law Susan (Dave) Sutcliffe, Elizabeth (Terry) Brown and Dana Schmidt in the east as well as many nieces and nephews. He was predeceased by his parents George (aka Pat) and Doris Connell, his sister Judith, parents-in-law Frank and Edna Schmidt, sister-in-law Marlene Beck and brother-in-law Don Schmidt.

A memorial service will be held at a later date. In lieu of flowers, donations may be made to the Royal Canadian Legion Poppy Fund or a charity of your choice.

Condolences to Steve’s family may be emailed to meaningful@telus.net.

Share Your Memory of
Steven
Upload Your Memory View All Memories
Be the first to upload a memory!
Share A Memory