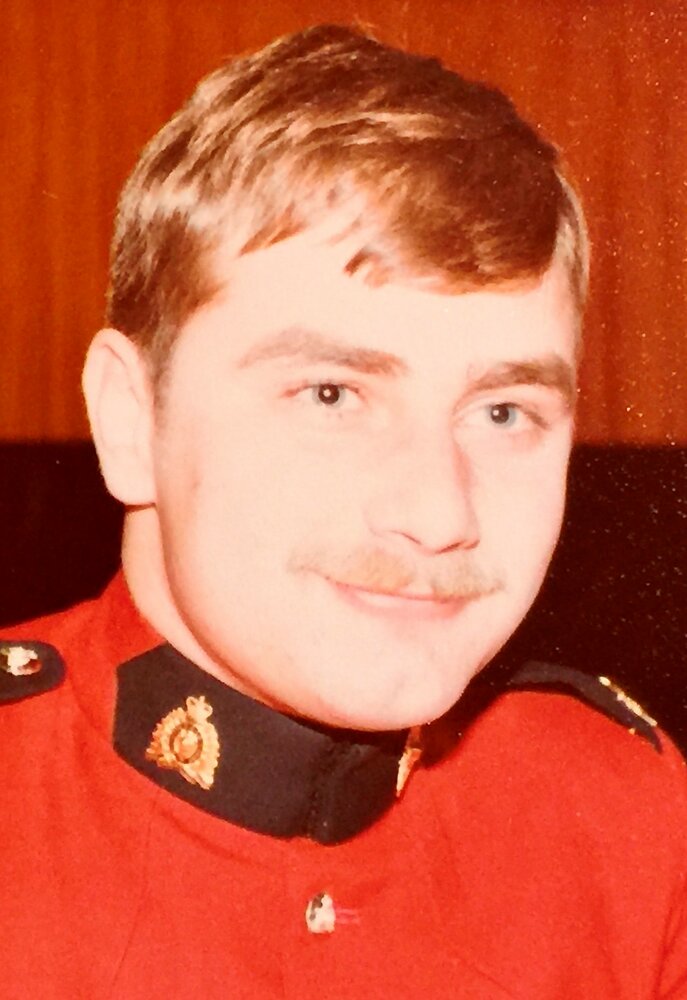 Garth was a beloved father, grandfather, brother, uncle, cousin to many, friend to even more, and a child of God. He had also been a son, grandson, husband, an RCMP member, a visitor to so many, a lover of family and family gatherings, and a storyteller. He was baptized and confirmed at Immanuel Lutheran Church in Naicam, SK, and a member of Grace Lutheran in Red Deer. He requested to be brought home to Naicam for his funeral and internment.

Garth took most of his education in Naicam schools but chose to attend LCBI, in Outlook, SK, for grades 11 and 12, graduating in 1976. He played hockey and ball in Naicam. Garth sang in the LCBI Concert Choir and toured Saskatchewan the summer after grade 11 with a singing group named “Celebration.” After high school, he did many jobs while waiting to hear if he would be accepted into RCMP training at Depot in Regina.

Garth graduated from Depot in January 1981 and proudly served his country and communities in which he lived. His retirement came after spending his whole career in Alberta - Mannville, Grand Cache, Gleichen, Red Deer, Hinton and Swan Hills. After retirement, he did many contract jobs in Alberta.

On October 25,1986, Garth married Theresa Burke in a beautiful RCMP wedding in Saskatoon. Three children came into this family, Joel Michael, Layne Wedell and Taylor Brenna. Tragically, Theresa died in June of 2014 leaving a big hole in all their lives.

Garth leaves his three children, daughter-in-law Valerie, son-in-law Ryan MacDougall, and six wonderful grandchildren: Zoe, Ivy, Sophie, Briggs, Ben and Dani. He was predeceased by his parents, Wedell and Aileen. He is mourned by his sister Jeanie (Dan) and brothers Jim (Lynn), Doug (Judy) and Peter (Sharon), nine nieces and nephews and their families, and numerous cousins and friends in Canada and the USA.

We are so grateful for all the prayers, calls, messages, and gifts that have been given to us all through these difficult days. We have been so blessed by the number of different communities of which Garth was a part.

A private family funeral will be held at Five Oaks Shared Ministry Church in Naicam, SK on Friday, November 12, 2021 at 2 pm. We respectfully ask that, if you are not fully vaccinated, to not attend the funeral.

Donations in Garth’s memory can be made to the donor’s favourite charity.

Condolences for Garth's family may be emailed to meaningful@telus.net.

Share Your Memory of
Garth Wedell
Upload Your Memory View All Memories
Be the first to upload a memory!
Share A Memory