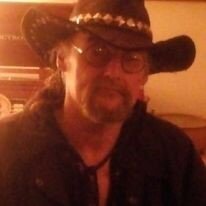 Leonard Maxwell Penney was born on April 27, 1961, in Kentville, Nova Scotia, Canada and passed away suddenly at the age of 60 years on November 5, 2021 in his home in Red Deer Alberta.  He is the son of the late Peter Maxwell Penney formerly of Newfoundland and is survived by his mother Joyce Pauline Benjamin of Berwick, Nova Scotia.

Leonard moved away to Red Deer Alberta as a young man. He was very talented and artistic and creative. Sadly, he did not pursue his artistic abilities as his declining health persistently took over his life.

Leonard is survived by his ex-wife Nancy Penney and their children Chad R. Penney and Sheena A. Penney and his step children Sheryl Purdy, Shawna Galloway and Shelby Matthews who all reside in Red Deer Alberta; by a son, Nathan Kinsmen (of Alberta) from a previous relationship  and by sisters, Kathy Dixon (Scott),  of Nova Scotia,  Carrie Simpson (Claude) of Quebec, Julia Penney- Simpson (Matthew) of Nova Scotia, a half-brother Bruce Misner, of Nova Scotia, and a half-sister Linda Attwood (Lendal) of Nova Scotia.

May he go with God in peace and be joined with all his other family members that have gone before him.

There will be no Funeral Service. Leonard is to be cremated and his ashes sent home to be scattered in Nova Scotia. Condolences to Leonard’s family may be emailed to meaningful@telus.net.

Share Your Memory of
Leonard
Upload Your Memory View All Memories
Be the first to upload a memory!
Share A Memory