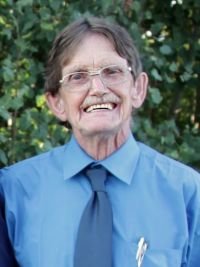 Morris was born in Grande Prairie, Alberta on February 18, 1946 and passed away peacefully with his wife and daughters by his side on September 17, 2019 in Red Deer, Alberta.

He spent most of his youth in Northern Alberta and British Columbia. His young adult years were spent refining his cooking skills in restaurants and hotels, including the Banff Springs. He settled in Red Deer in the early 1970s.

Mo was the proud father of two daughters, Jennifer and Jamie, whom he admired greatly and happily spent hours of his free time helping. Mo could not only be counted on to help his daughters whenever they needed, but was known for giving his heart and soul to anyone in need.

He was married to Mary Bell on September 28, 2001, and together for the past 20 years they were dedicated to serving those less fortunate, cooking for many years at Loaves and Fishes and, most recently, Potter’s Hands Soup Kitchen.

Mo had many hobbies including woodworking, gardening, making ice, and watching his six grandkids participate in their various activities. Mo was passionate about playing pool; throughout the years he was a member of many teams, winning the opportunity to play in various tournaments in a variety of cities. He had a servant’s heart and always did whatever he could to help others with his time.

He is survived by his wife Mary; his daughters Jennifer (Brad) Bahler and Jamie (Colin) Fisher; his grandkids Isaac, Abbigail, Nathaniel, William, Benjamin, and Madeline; his brothers Neil (Sue) MacDougall and Jim MacDougall; as well as numerous close friends.

In lieu of flowers, donations will be accepted in Morris’ name at Potter’s Hands Ministries in Red Deer.

A service for Morris will be held Friday, October 4, 2019 at 1 pm at Deer Park Alliance Church (2960 - 39 Street) in Red Deer, Alberta. Beef on a bun luncheon will be served directly following, so we can all have one last meal in honour of Mo.

Share Your Memory of
Morris Allan "Mo"
Upload Your Memory View All Memories
Be the first to upload a memory!