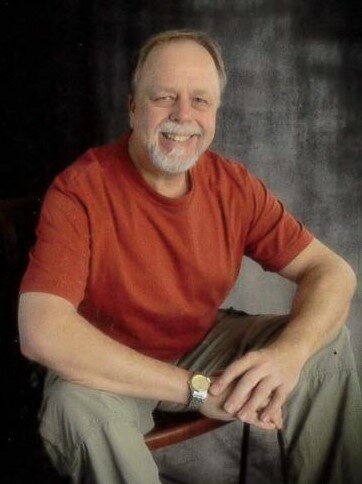 Bob passed away peacefully at home with his wife by his side on November 20, 2021. He is lovingly remembered by his wife Marilyn, his stepdaughter Patricia (Ryan) Blair; his stepson Richard (Byul) Hutchinson; his grandchildren Zackary, Brody, Kaylan and Jonathan, his sister Kim (David) Brummond; his brother Mike (Bonnie) Machuk and numerous nieces, nephews, cousins and friends, and Norma Lagrelle. Bob was predeceased by his parents John and Muriel Machuk.

Bob was born in 1951 in Vancouver, BC. He grew up in the suburb of Richmond, where he made friends that lasted his lifetime. Bob attended Douglas College and later Simon Fraser University, where he graduated as a special-needs teacher.

Bob loved teaching and had a real talent for understanding and meeting the needs of children – especially those with the greatest challenges. He had an amazing talent for combining humour with his teaching style that endeared him to his students while encouraging them to be their best.

Bob met his wife, Marilyn, in 1985 and they were together since 1987 and married in 1993. They had many wonderful times together in Red Deer with family and friends and on their many adventures and travels in Canada, the US, Mexico and Great Britain.

In 2014, Bob was diagnosed with idiopathic pulmonary fibrosis and was given a second chance at life in 2016 through the miracle of a double lung transplant. This greatly extended the ability to spend quality time with his grandchildren and family. He was deeply grateful to the medical team at University Hospital and especially to the donor family for giving him this precious gift of life.

Bob loved all sports but especially loved baseball. This paired well with his love of travel, as he and Marilyn would spend their winters in Dunedin, Florida, where they could watch the Blue Jays at their spring training camp. They went to all the games and got to meet some of the players. They also met and made many good friends while in Florida.

Bob was born with an indomitable spirit that allowed him to meet the challenges he faced with humour and dignity. He loved to laugh and make others laugh and be happy. We will all miss his wit, his wisdom and his humanity.

A celebration of Bob’s life will take place in the spring. In lieu of flowers, the family would appreciate a donation to the Goodhearts Transplant Foundation, 11423 - 55 Ave NW, Edmonton AB T6H, or a charity of their choosing.

Condolences for Bob's family may be emailed to meaningful@telus.net.

Share Your Memory of
Robert (Bob)
Upload Your Memory View All Memories
Be the first to upload a memory!
Share A Memory