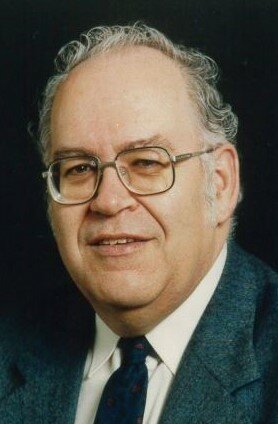 With great sadness and much love, the family announces the passing of their dear husband, father, grandfather, great-grandfather and brother on November 28, 2021 at the age of 82 years at Red Deer, Alberta. He was predeceased by his parents, one sister and two brothers.

Alan was born in Vancouver, BC, later moving to Innisfail, Alberta, where he took his schooling. In 1968, he received his Certified General Accountant degree from the University of British Columbia. Alan married Gwen Parry on July 15, 1961 and celebrated 60 years of marriage.

Alan was employed with Gitzel, Krecji and Company in Stettler, Alberta for over 30 years before moving to Three Hills, Alberta. He worked with Prairie Bible College there as their Director of Finance for several years until such time when he opened his own accounting practice in Three Hills. After the sale of this business, he moved to Red Deer, working in financial institutions for a number of years before retiring.

Alan became a Gideon member, working on the National Cabinet as well as the local Gideon camps for many years. He served on many church boards as a deacon. While living in Three Hills, he was a town councillor for several terms.

Alan loved the Lord and strived to serve Him in his daily walk. Getting together with family was important in his life. He enjoyed camping with family and friends as well as travelling south with his wife for many years. Gospel concerts were a highlight to attend, with Alan often playing his spoons.

The family will hold a Celebration of Life at a date in the spring of 2022.

If friends desire, they may make a memorial contribution to Deer Valley Meadows Camp, Box 690, Alix AB, T0C 0B0.

Condolences for Alan’s family may be directed to meaningful@telus.net.

Share Your Memory of
Alan Thomas
Upload Your Memory View All Memories
Be the first to upload a memory!
Share A Memory