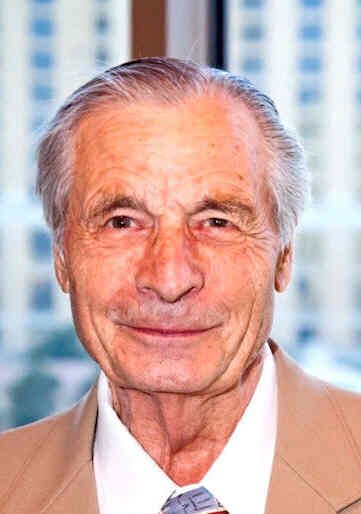 It is with great sadness that we announce the passing of John Wenger, at the age of 92 years.

John passed away peacefully at his residence, The Hamlets at Red Deer. He was born in Radway, AB, the oldest of five siblings, to John and Iola Wenger who came to Canada from the United States to start a new life. John spent the majority of his working career in the Alberta oilfield industry working on the rigs, then a long career with Imperial Oil. He moved his young family, from their family farm near Radway to Swan Hills and eventually settling in the Red Deer area.

In 1950, he married his bride Mary, raising four children. In 1980, John married his second wife Eileen. After the passing of Eileen, John reconnected with Mary, and in 2011, they remarried for a second time.

John is predeceased by his parents, sisters; Carmel and Agnes, and second wife Eileen.
In lieu of flowers, donations can be made to Alzheimer Society of Alberta.

A very special thank you to The Hamlets at Red Deer staff, especially those working in the Sunnybrook Hamlet. Their kindness and care for John was exceptional!

A memorial gathering for John will be held at Deer Park Alliance Church in Red Deer in the spring of 2022. Interment will be in the Alto Reste Cemetery in Red Deer. Condolences to John’s family may be emailed to meaningful@telus.net.

Share Your Memory of
John
Upload Your Memory View All Memories
Be the first to upload a memory!
Share A Memory