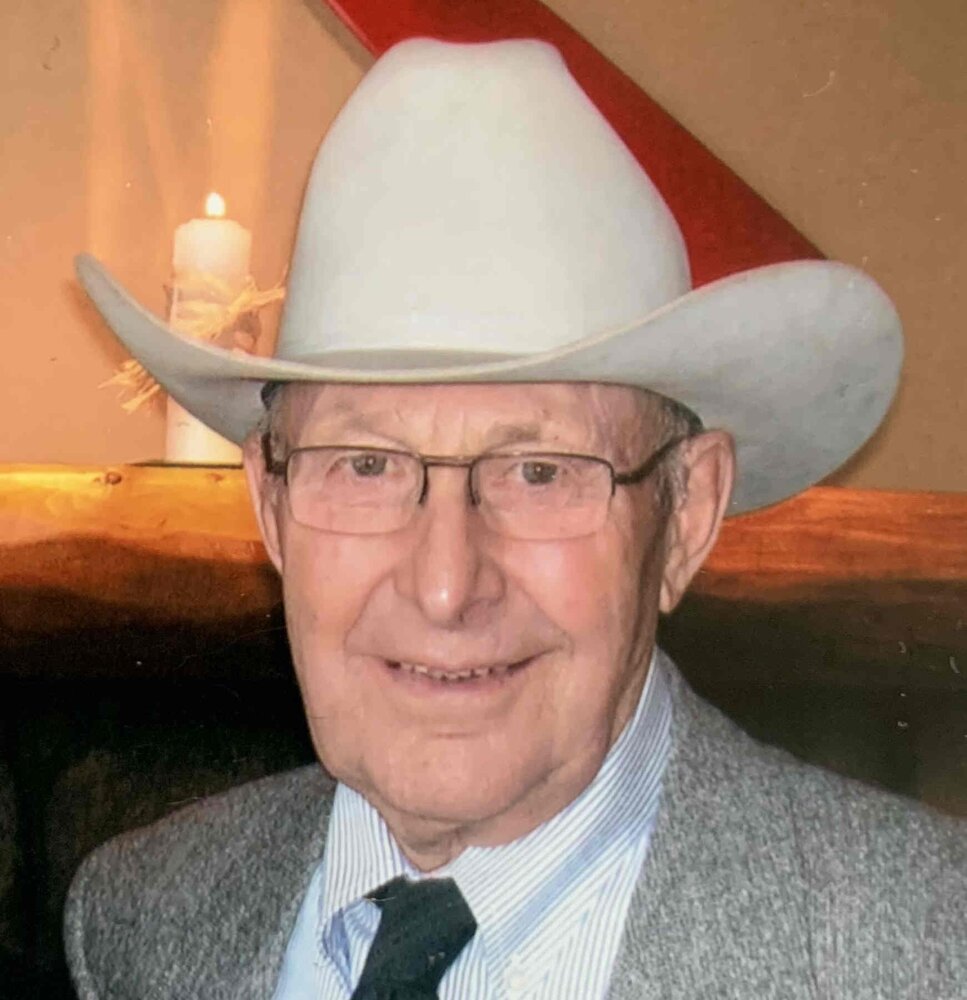 Terry grew up living the farming life.  An active member of the Medicine Valley 4H Club, Terry became a director of the Benalto Agricultural Society. Terry and Evie raised purebred angus cattle on the family homestead south of Benalto, taking part in many shows and sales. They also ran a P.M.U. horse operation before passing it onto their son Doug. Terry and Evie continued to raise registered quarter horses, running a yearly foal sale which was an event many enjoyed. Harvest time was a family event for Terry and the Hambly’s, as they harvested a variety of crops. Many family meals were enjoyed under the shade of the combine.

Terry was a staple in the community as many knew him for his work with the Benalto Pro Rodeo Horse Show and Junior Rodeo. Terry was also an avid curler.  Early on he curled with his father Ralph and his brothers Reg and Lavern. As their family grew Terry and Evie were avid members of the Benalto Curling Club. A man of few words but always willing to help; he loved his family, and farming. He will always be missed by his family and friends.

There will be no service at this time.  In lieu of flowers, memorial donations may be directed to the Benalto Agricultural Society, Box 76, Benalto T0M 0H0. Condolences to Terry’s family may be emailed to meaningful@telus.net.

Share Your Memory of
Terrance
Upload Your Memory View All Memories
Be the first to upload a memory!
Share A Memory