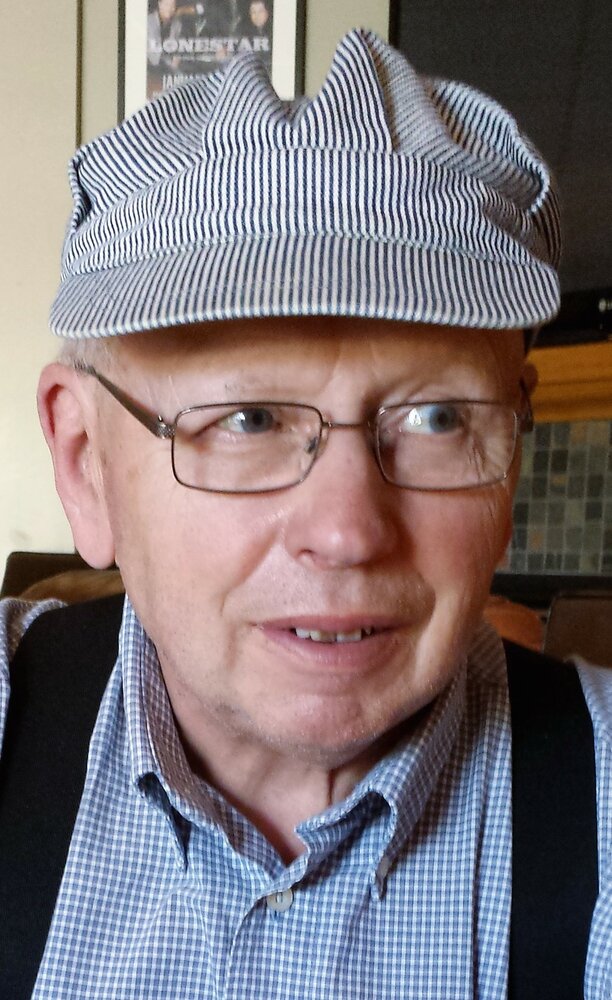 John Robert Poffenroth was a caring husband, father, and brother. He left the world on December 29, 2021, at age 72.

John was born in Elnora, Alberta on a frosty spring day to Margaret and Bill Poffenroth in May 1949. After graduating from SAIT, he spent his entire career working as a heavy-duty mechanic and driving school bus for Wolf Creek School Division.

John met his wife, Kathy Hollman, at a Valentine’s Day dance, and after dating for three years they married. Together, they had one daughter, Yolanda.

John loved spending time tinkering in the garage, volunteering at Reynolds Museum, watching the Prairie Farm Report, napping with a cat, and in later years, mowing the lawn with a cold beer in the cup holder!

As per John’s wishes, no service will be held. He will be laid to rest at the Trenville Cemetery in Lousana, Alberta beside his beloved mother, father and grandmother at a later date.

In lieu of flowers, please donate to a local animal rescue on his behalf.

Condolences for John's family may be emailed to meaningful@telus.net.

Share Your Memory of
John Robert
Upload Your Memory View All Memories
Be the first to upload a memory!
Share A Memory