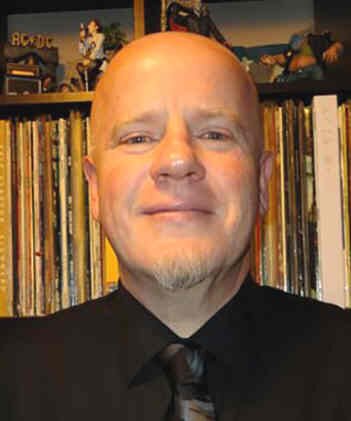 It is with immense sadness that we announce the sudden passing of a brother, nephew, uncle, brother-in-law, son-in-law, friend, and my husband Mr. Greg John Blackmore.  Greg passed away on January 26, 2022 at the age of 62 years at the Foothills Medical Centre in Calgary, Alberta.

Greg was born in Toronto, Ontario in 1959 and raised in Port Credit where he attended Cawthra Collegiate and became a bearings salesman when he was laid off and was able to start his musical journey.

Due to Greg’s love of music, we decided he should go back to school for something that he loved and would be great at.  So, in 1991 he enrolled as a mature student at Trebas Music School which steered him into an intern position with Intrepid Records which led into a full-time position with EMI Music Canada. He enjoyed being the representative for Canada by organizing and transporting the Canadian Booth to New York Music Seminar (NMS) and then Austin, Texas for the South by Southwest Music Festival (SXSW).

He married Dahlia in 1996 and they relocated in 1997 to Winnipeg for three years then in 2000 they relocated to Calgary where he worked with Zomba Records in Calgary and in 2002 found a home with Universal Music Calgary as a Promotional Representative for almost 20 years.

When Greg was not working as a dedicated and premier Promotional Representative he would spend his spare time listening to music so loud that it brought the SWAT team to our house in Mississauga.  He loved to plan and cook amazing meals or desserts; he loved to say he could cook Jamaican food better than me and he did; he would love his vacations when he finally decided to take one; he loved to spend time with his wife, family and friends listening to music while we all laughed at all his stories, digs, jokes and comments.

Greg was also very passionate about his sports team the Toronto Maple Leafs, Toronto Argonauts, Washington Football Team and old time wrestling. He would love to tell stories about the old time fighters and take pleasure in watching them on the internet and text his friends the fights so they could watch, laugh and reminisce.  Greg would debate with anyone who did not think his team would have the victory even if it wasn’t one of his top three.  His memory was amazing when it came to sports and he would remember every game, every stat and players from years 20 ago.

Baby Greg was the second son and youngest child of his predeceased parents mother Joan and father Edward Blackmore.

Greg passed away with his wife and family surrounding him with lots of love.  The family would like to thank the staff at the Foothills Medical Centre Unit 103B ICU Unit Short Stay for the excellent care of my husband, brother, uncle, son-in-law, brother-in-law and friend.

Due to current Covid social gathering restrictions, a Celebration of Greg’s life will be held at a date not yet determined.

Condolences to Greg’s family may be emailed to meaningful@telus.net.

Share Your Memory of
Gregory
Upload Your Memory View All Memories
Be the first to upload a memory!
Share A Memory