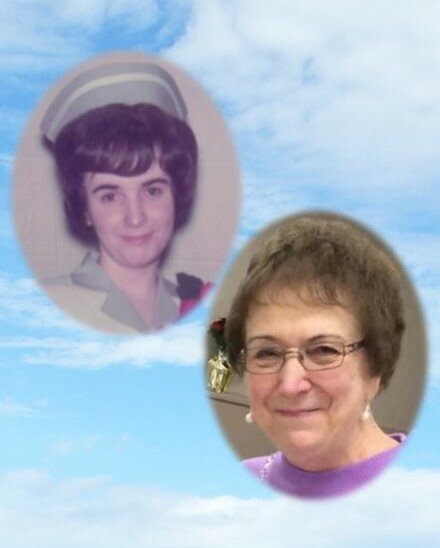 Joanne Carolyn Hillman passed away peacefully at the Red Deer Regional Hospital Centre following a lengthy illness on February 1, 2022, at the age of 75 years. Joanne Llewellyn was born in 1946 in Drumheller, the only daughter and the youngest of the four children of Joe & Carrie Llewellyn. She took her schooling in Drumheller until she entered Nursing Aid training in Calgary in 1965. She met Gordon Hillman at the Salvation Army Youth Group in Drumheller in 1960. They dated until they were married at the Salvation Army, April 2nd, 1966. They lived several years in Drumheller where their four children were all born. They operated several businesses in Drumheller including Joe’s Delivery Service, Drumheller Distributors and the Bottle Depot & Pop Shoppe. They moved to Red Deer for a few years but returned to Drumheller in 1979 to build and operate Dinny’s Gas N Splash on the site of the old bottle depot building. They sold this business in 1983 and moved again to Red Deer where they have since resided, owning and operating several businesses including Video View & Great Canadian Dollar store and developed many commercial buildings all over Alberta.

PLEASE NOTE – in accordance with Alberta Heath COVID guidelines, proof of vaccination by QR code or proof of a negative Covid test from a pharmacy taken within the previous 72 hours will be required. Masking will be mandatory.

Memorial donations to the Salvation Army, “school lunch program”, 4837 – 54th Street, Red Deer, AB, T4N 2G5 will be greatly appreciated. Joanne’s family would like to express their thanks to her long time doctor, Dr. Anthony Ford and all the staff in the ER, and Units 22 & 32 at the Red Deer Hospital for their wonderful care and compassion for Joanne.

Condolences to Joanne’s family may be emailed to meaningful@telus.net.

Share Your Memory of
Joanne
Upload Your Memory View All Memories
Be the first to upload a memory!
Share A Memory