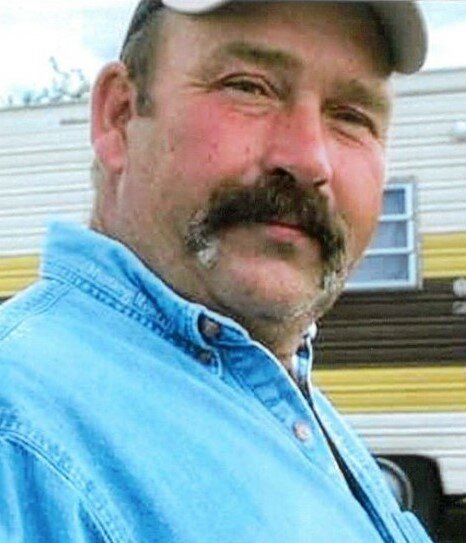 Dwayne Larry Heintz of Red Deer, Alberta passed away suddenly at the Red Deer Regional Hospital on January 28, 2022 at the age of 68 years.

Dwayne was born in December 1953 in Virden, Manitoba to Lawrence and Glenis Heintz. He began a lengthy career in the oil industry by working with his father, who owned oilwell service rigs. Dwayne would go on to work in the oilfield throughout Alberta, BC, Saskatchewan, Manitoba and Quebec.

In May 1972, Dwayne married Kathleen Robson and they were blessed with two children. In 1974, the family moved to a farm at Major, Saskatchewan. In 1976, they relocated to Gadsby, Alberta, with Dwayne returning to the oilfield. He later formed his own oilfield maintenance and contract operating company.

After a few years of living in Endiang, Alberta, the Heintz family moved to Stettler, Alberta in 1992. As his job of oilfield supervisor and consultant took him away from home more often, Dwayne sold his oilfield maintenance company to his brother, Perry.

Dwayne loved his family and friends first, and fishing came a close second. He loved taking the whole family fishing knowing he would be kept busy baiting hooks and netting fish without much chance of dropping his own hook. He enjoyed many years of tournament fishing, especially with his son Ryan as his partner.

Dwayne was an avid gardener, an excellent cook, bread maker and barbecue master. He hosted the original Heintz family reunion at their acreage in Stettler, which has progressed to an annual family reunion at Ryan’s acreage.

Dwayne leaves to mourn his loss his loving wife Kathy; his son Ryan and his wife Tara of Erskine, Alberta; and his daughter Shasta and her husband Trevor Kary of Eckville, Alberta. He will also be missed as a loving grandpa by Cayla, Mackenzie, Kelsey, Makenna, Lauren, Reagan and great-granddaughter Iversyn; as well as his brother Perry and his wife Marilyn, and his sisters Gerri and Valerie, all of Stettler, Alberta. Also left to mourn are his mother-in-law Leona Robson, sisters-in-law Lois and Joanne, and numerous aunts, uncles, cousins, nieces, nephews and friends. Dwayne was predeceased by his parents, Lawrence and Glenis Heintz.

A Celebration of Life will take place at a later date.

In lieu of flowers, memorial donations may be made to the Heart and Stroke Foundation, Alberta and Northwest Territories office, 100-119 14 Street NW, Calgary AB, T2N 1Z6, or online here; or to Canadian Blood Services (call 1-888-236-6283 or visit their website here for more information).

Condolences for Dwayne’s family may be emailed to meaningful@telus.net.

Share Your Memory of
Dwayne Larry
Upload Your Memory View All Memories
Be the first to upload a memory!
Share A Memory