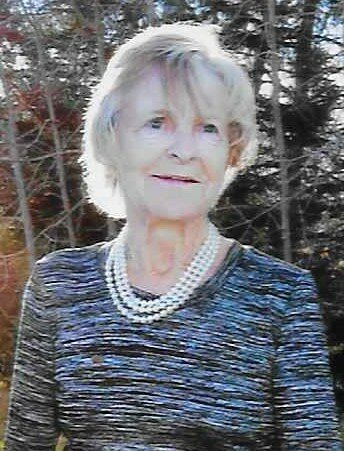 Jessie Little “Shona” Milne of Innisfail, Alberta passed away February 14, 2022 at the age of 79.

Shona was born in Dunblane, Scotland in April 1942. She lived in Dunblane until she was 15, when her family immigrated to Canada and laid down roots in Toronto.

The Milne family moved west to Calgary in February 1968. In true Alberta fashion, Shona and Jack enjoyed riding horses (as well as motorcycles). They also loved to travel, taking numerous trips out of town.

The family relocated to Turner Valley, Alberta in December 1972. It was there that their second son, Michael, was born in February 1974. The family relished country living outside Turner Valley, which was an excellent place to raise a family with motorbikes and snowmobiles.

Although life took Shona and Jack in separate directions, they remained close friends. In 2008, Shona moved to Spruceview, Alberta, where she was again able to enjoy country living, complete with peace and quiet, the sight of deer, and the rustic beauty of sunsets.

Shona moved to Innisfail, Alberta in 2018, allowing her to be closer to her son, Michael, and his family. She also enjoyed the company of her friends at Autumn Grove.

Shona welcomed grandchildren in 2003, 2015 and 2017; they were the love of her life. She LIVED for her grandchildren; she enjoyed just being in their presence and LOVED to show them off to everyone through pictures and stories.

Shona believed in building a better society and backed up her words by becoming politically active. She nannied for a while and served as a caregiver / companion to an older lady who became very near and dear to her. In later years, Shona worked as a credit manager.

Shona was a loving mother and grandmother, and an accomplished knitter. She was strong in her faith. She enjoyed reading, cooking, and being with those she loved.

Shona is lovingly remembered by her son Michael (Sandy) Milne; grandchildren Jules, Dylan, and Hailey; brothers David (Linda) and George; sisters Betty, Margaret Ann (Dave), and Rosemary; and numerous nieces, nephews, and “adopted” kids and grandkids; along with many other friends. She was predeceased by her parents, Isabella and William; brother Eric; brother Billy; sister Isobel; son Vance; and grandson Jackson.

In lieu of flowers, memorial donations may be made in support of any seniors’ programming or seniors’ mental health supports in Innisfail.

Share Your Memory of
Jessie Little “Shona”
Upload Your Memory View All Memories
Be the first to upload a memory!
Share A Memory