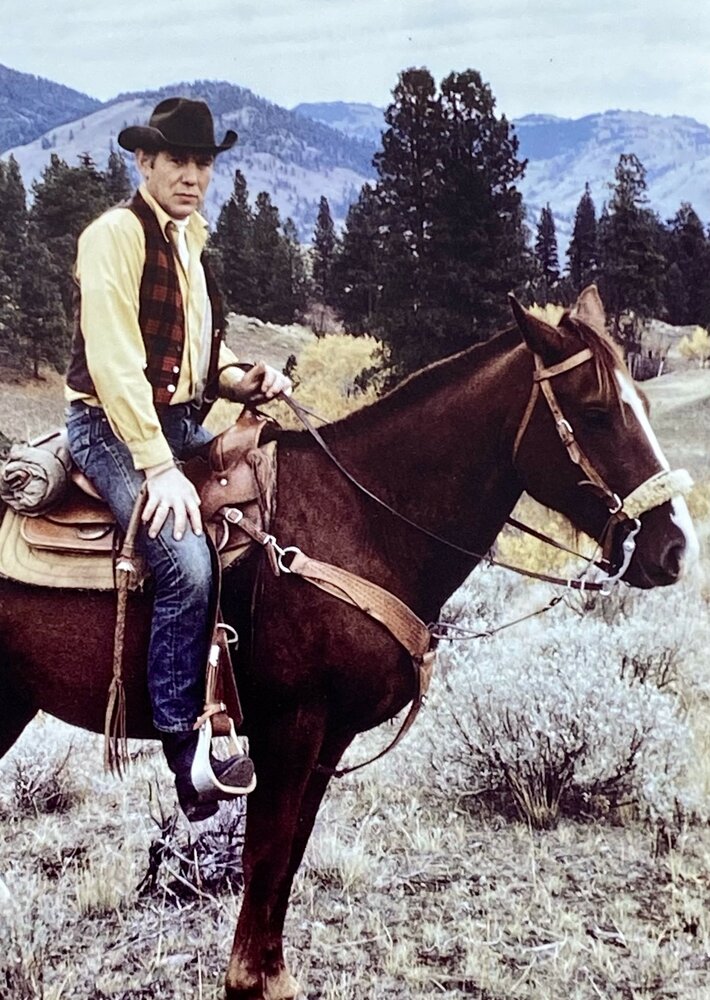 Peacefully at Red Deer Hospital on February 28, 2022, in his 92nd year, Willem “Bill” Kamps of Red Deer, Alberta set off on his final adventure.

Bill was born in Arcen en Velden, Limburg, The Netherlands in January 1931. In the early 1950s, he joined the Dutch Colonial Army and spent two years in Indonesia. In May of 1958, he moved his young family to Canada, settling in Vancouver. His work as a contractor soon moved him and his growing family to Kamloops, BC, where he discovered his love of horses and the outdoors. Countless happy days were spent riding the sagebrush and pine-covered hills.

For a few years, Bill ran a riding stable near Nelson, BC, where he could indulge in those passions. He loved camping, and many weekends and vacations found him and his family camping in the woods and fishing in the sun dappled trout pools. He learned to play the harmonica by ear and regularly entertained anyone who would stop and listen, which many did.

Bill loved adventure and was known to follow any newly discovered dirt road, no matter how rough, just to see where it went. The rougher the road, the better; some of them were so rough that the kids had to find ways to keep from hitting their heads on the roof of the old truck. He was never afraid to learn something new or try making something from virtually nothing. One New Year’s Day was spent dragging the ancient runners of an old horse-drawn bobsled home through deep snow, just to see if he could rebuild it. Which he did, beautifully.

Bill’s love of adventure and discovery of new things always led to interesting conversations and evenings around the kitchen table dreaming up new places and things to discover. His love of new places eventually led him to Red Deer, where he retired.

Bill’s years in Indonesia during his army days inspired a deep love for the country and its people. He spent his retirement visiting Indonesia whenever possible. He had many adventures there, too, one of which was travelling by foot through jungle for several days so that he could visit a remote village.

Bill was also active in the Masonic Lodge and the Shriners in both Kamloops and Red Deer, where he made many friends and memories. He was a gifted storyteller, vividly regaling family and friends with tales of adventure and faraway places.

Bill is survived by his wife, Christa Kontor; his children Catharina Forbes, Bill Kamps and Peggy Mulvihill; and many grandchildren and great-grandchildren. He was predeceased by daughter Rosa in 1959.

We will miss Bill dearly, his stories, his music and his wonder of discovery. It is with heavy hearts that we say goodbye to him as he sets off on his final adventure. We will meet again at the end of the road!

In accordance with Bill’s wishes, no memorial service will take place.

In lieu of flowers, memorial donations may be made to the Shriners Hospital for Children – Canada, 1003 Decarie Boulevard, Montreal QC, H4A 0A9, or online here.

Share Your Memory of
Willem “Bill”
Upload Your Memory View All Memories
Be the first to upload a memory!
Share A Memory