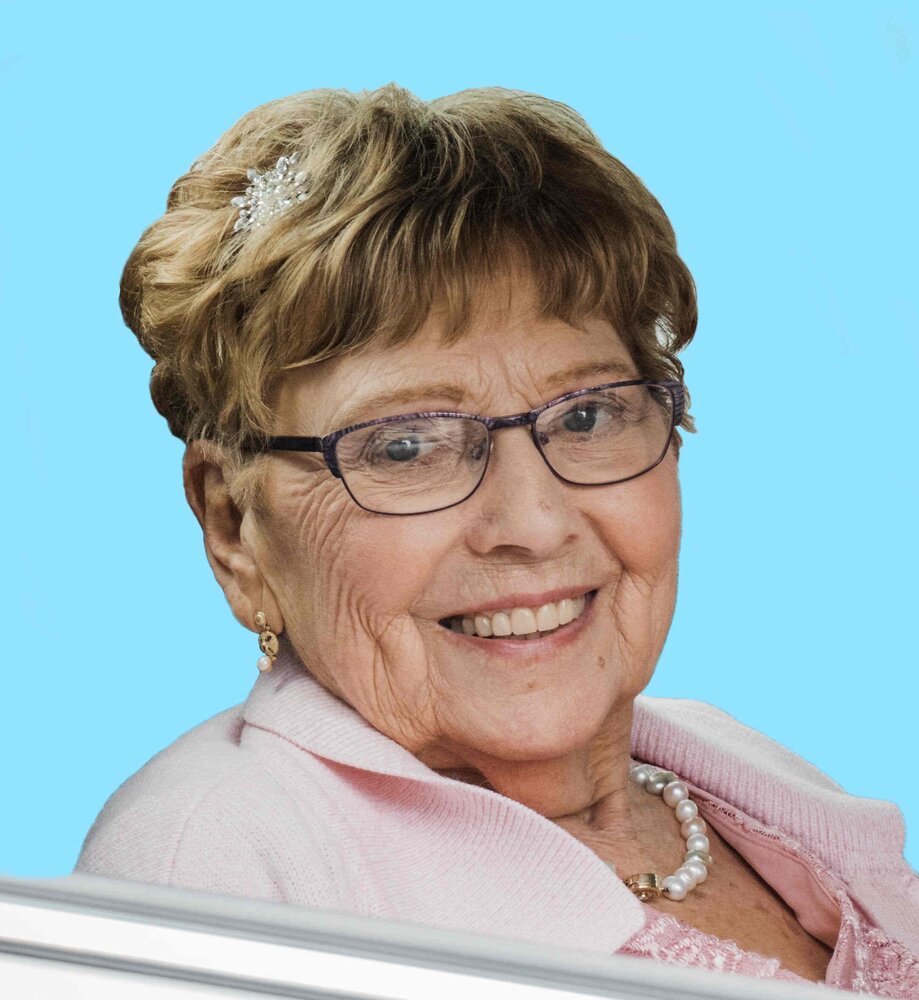 Dorothy Haynes–Walsh (nee Nowosad) of Red Deer AB,  passed away peacefully at the Red Deer Regional Hospital Centre on Saturday, April 2, 2022 at the age of 83 years.

Dorothy (always known as “Dot”), grew up in North Battleford, Sask, on a small farm, and made the big decision of moving across the country to Vancouver, B.C. with some local neighbors. Having only a paper bag with two dresses in it, Mom started her life adventure.

Working in a local coffee shop, where the staff from the Surrey Drug Store would come in every day for lunch, smartly dressed in white uniforms, Dot only dreamed of ever working there.  As fate would have it the very day the coffee shop owner told her that he was cutting staff and she was going to be let go, was the day the owner of the Surrey Drug Store told her he would like to hire her. Dot replied I only have a grade eight education, and he said I have seen you work here, don’t worry you will be fine!  So, the very next day Mom walked into that coffee shop, proudly dressed in a smart white uniform and the owner’s jaw dropped.  And our mother also was the first staff at Surrey Drugs to count every box of chocolate bars, etc and catch the shortages, Mom’s life in business began!

Again, fate stepped in, when our late father Bud Haynes, was told by his niece Ann Haynes about a real cute chick that was renting a basement suite from a family member. Our father wasted no time in going over to meet her and the rest is history. Dad taught Mom to drive a car, was impressed she had more money in the bank than him, he said always making small deposits faithfully and living very frugally with no family to fall back on, Mom was independent and always worked hard.

Meeting the Haynes Clan, who were very outgoing, and friendly, Mom who was so shy, really began an adventure, as they all loved her dearly, and weren’t letting her go ! Dad did too, and they began their life together, having two young daughters, and when work became slow as a truck driver, the next move was to Alberta, settling in Red Deer. When Mom won a new set of pots and pans, she took the money instead so Dad could buy his first auctioneering license he had dreamed of, again Mom was the person who always put others first and continued that trait the rest of her life.

Running the auction business, Dad convinced Mom as he was self-taught as an auctioneer, he needed a backup auctioneer, and he could teach her. When asked how she learned to be an auctioneer, Mom would quip “ I slept with my instructor “.  Mom and Dad both became instructors at the first western school of auctioneering in the 1970’s and loved teaching the hundreds of students over the years.

Mom became the first lady auctioneer to win the coveted trophy of the Tyro Auctioneering Competition at the Auctioneers Association of Alberta, was awarded the Lifetime Achievement Award, and her Fifty Year Member Pin recently. Mom really was one of the first woman auctioneers in Canada, and also enjoyed working the Carswell’s Collectable antique shows with Rae, always competitive in her sale totals at the end of the day.

Although busy in business, both her and Dad never missed any of their grandchildren’s sporting events, including the practices, and the auction sales soon had work around the  grandchildren’s hockey, lacrosse, Ukrainian dance, band, archery and whatever else was happening!

Mom loved to camp, fish and was very proud of their last new boat named “Dottie”. They travelled the United States, Europe, Hawaii, Mexico, and loved the Okanogan, where they went every summer.

One of Mom’s greatest joys was becoming a very proud grandmother, who loved all four of the grandchildren equally (each one was her favorite !). As Thomas said when he was very young “Everyone gets the same thing from Grandma, whether you like it or not” and she believed they were never too old to come decorate Easter eggs every year at her home and they loved doing it with her.

After losing Dad in 2016, Mom found love again later with an old family friend Kenn Walsh, who was widowed ahead of Mom, and another adventure began. Mom quickly became part of her new family, with two new stepdaughters, stepson and step grandson, loving everyone equally. When Mom’s health began to fail Kenn was always there with loving care, taking instructions from the one he always called “The Boss”. Although their time together was too short, they packed a lot of life into the time they had, having shared interests, and enjoyed visiting family and friends.

Everywhere we would go, everyone always asks “How is your Mom doing, and she’s so beautiful inside and out, you are so lucky to have her for a mother”. We would hear about the many kind things she had done for people, that she never took credit for.

In the early 1960’s Mom and Dad joined the Salvation Army church, and Mom remained a faithful follower until her passing, having introduced Kenn to the church she loved so dearly.

And as Mom’s son-in-law Jim always said “If Dot doesn’t go to heaven, none of us will”

The family would like to thank all the Doctors, Nurses and Paramedics who gave our mother such wonderful care over the last few years. And all the many friends, neighbors for the kindness they showed our mother and our family.

Condolences to Dot’s family may be emailed to meaningful@telus.net.