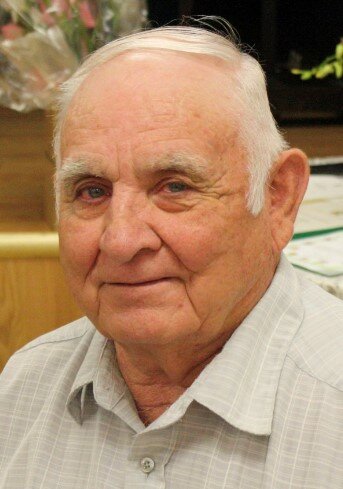 Lyle Stewart Dunlop of Edmonton, Alberta passed away peacefully with his daughters by his side at the Red Deer Regional Hospital on April 12, 2022 at the age of 83 years.

Lyle was born in December 1938 in Mirror, Alberta to Virginia and Jim Dunlop. After being separated from his family of seven siblings, he joined the Tillie and Tony Aloisio family of Perryvale, Alberta at the age of 12, and quickly became a loyal member of a large farm family of eight siblings.

Lyle loved working with the farm animals, especially a large German Shepard dog named Sarge. Sarge quickly adopted Lyle and they became best friends for many years. Lyle loved the outdoors; hunting and fishing became his passion. He also loved baseball; he acquired this love from participating in family baseball games on the farm.

Lyle shared much with his siblings. Max taught him how to drive, and Lyle was a “protector” for young Carol at community dances. Similar in age, Lyle and Bob were the best of friends, spending many years doing things together and leave at age 17 to work on the rigs.

Lyle returned to help run the farm as well as working for local contractors. He learned to run heavy equipment and drive heavy haul trucks. These skills served him well and represented his employment for much of his life as a truck driver. Throughout life, Lyle acquired vast knowledge for mechanics, which he enjoyed.

Lyle married in 1966 to Linda Elkjer in Athabasca, Alberta. They had two daughters, Dianne and Debbie. Later divorced.

Lyle enjoyed a number of hobbies. He loved snooker (that was his passion). He also loved shuffleboard. He enjoyed hockey, especially watching his grandsons. His other hobbies included dance club, card games, and watching boxing and wrestling.

Lyle was predeceased by his partner and best friend of 14 years, Joyce Dimma, in 2019. He is survived by daughter Dianne (Danny) Clay, Courtney and Ty (Brooklyn), and daughter Debbie (Kevin Bell) Bystrom, Brooklynn (Jord), Brennen and Braden (Ann).

Lyle was attended to in his final days, with the excellent care of his two daughters Dianne and Debbie.

May he rest in eternal peace.

In accordance with Lyle’s wishes, no formal service will be held.

Condolences for Lyle's family may be emailed to meaningful@telus.net.

Share Your Memory of
Lyle Stewart
Upload Your Memory View All Memories
Be the first to upload a memory!
Share A Memory