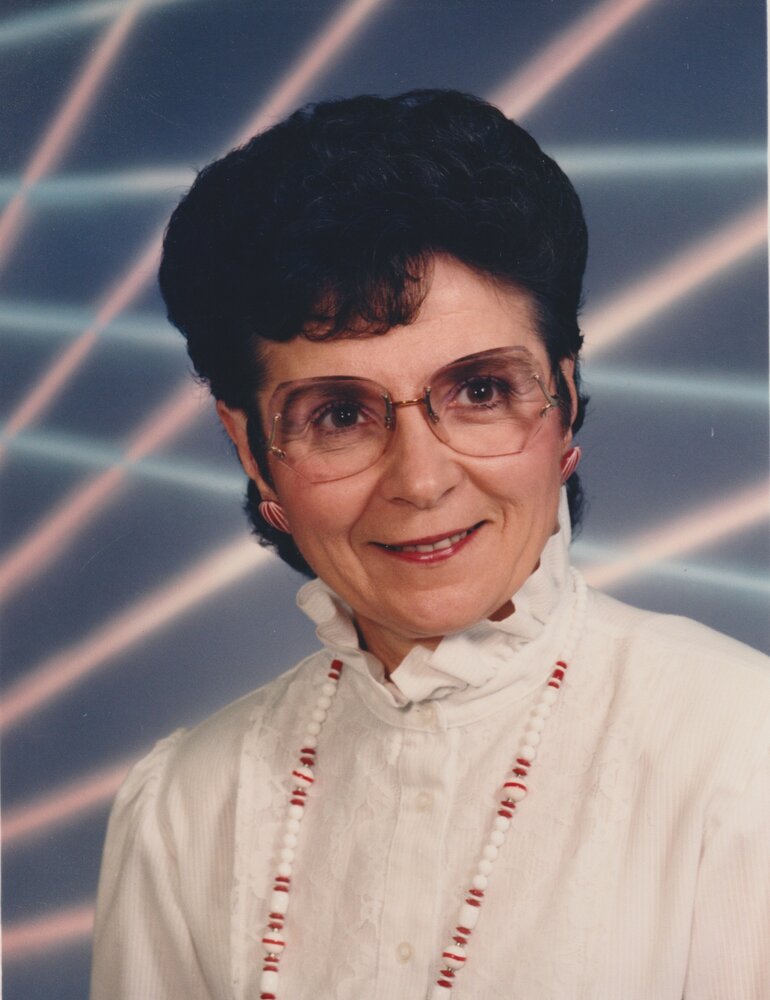 With a mix of sadness and celebration, the family of Nina Margaret Lawrence bid her farewell on Friday, May 13, 2022, at the age of 86, when she passed peacefully into the arms of her saviour.

Born in 1936 in Rife, Alberta, to Lodic and Sennie Krawchuk, Nina was the second of eight children. She grew up in Glendon, Alberta, and moved to Edmonton in 1954 to attend Northwest Bible College, where she met and married the love of her life, L. Virgil Lawrence in 1956.

Virgil and Nina spent over 50 years in ministry, planting and pastoring churches across Alberta. Planting a church means having a full-time job in addition to pastoring, so while Virgil worked construction, Nina supplemented the household income by teaching piano.

In 1970, when her children were 10, 8, 6 and 4, Nina entered the University of Alberta to get her Bachelor of Education. If it sounds like she had her hands full, she did. She drove from south of Leduc into Edmonton daily to attend school, helped on the family dairy farm, gardened, canned, sewed her kids’ clothes, cooked, cleaned, and maintained a 3.7 GPA. She was happiest when she was working and serving.

Nina taught in Edmonton schools from 1974 until they moved to Drumheller in 1980. In 1987, they moved to Innisfail. Throughout her teaching career, she also helped Virgil in his pastoral role, faithfully typing up his sermons and the church bulletin, playing the piano or organ, and running services at the local nursing homes.

After taking early retirement in 1995, Nina continued to substitute teach around Central Alberta, mainly in her specialties of French, music and special education. She reluctantly let go of her beloved career when she was 73, when the signs of dementia became too difficult to manage.

Both she and Virgil struggled to accept the official diagnosis that came in 2012, but they knew they definitely wanted and needed to stay together through it all. In 2016, they moved into a private care home so they would not be separated. They remained devoted to each other until Virgil’s passing in 2017.

Nina is reunited in heaven with her parents, Lodic and Sennie, her brother Daniel, sister Joyce, brother John and husband Virgil.

Since Nina had worked so hard for others all her life, it was wonderful to see her living her best life with the great care she received in the three nursing homes in which she lived until her passing. She contented herself with watching her favourite shows, hugging all the staff and residents, being waited on hand and foot, making sure everyone knew exactly what she was thinking with her facial expressions, and watching the children enter and depart from the neighbourhood school.

In lieu of flowers, donations can be made in Nina’s honour to the Alzheimer’s Association of Alberta and Northwest Territories, #306, 10430 - 61 Avenue Edmonton, AB T6H 2J3, or at alzheimer.ab.ca.

Condolences for Nina’s family may be emailed to meaningful@telus.net.

Share Your Memory of
Nina Margaret
Upload Your Memory View All Memories
Be the first to upload a memory!
Share A Memory