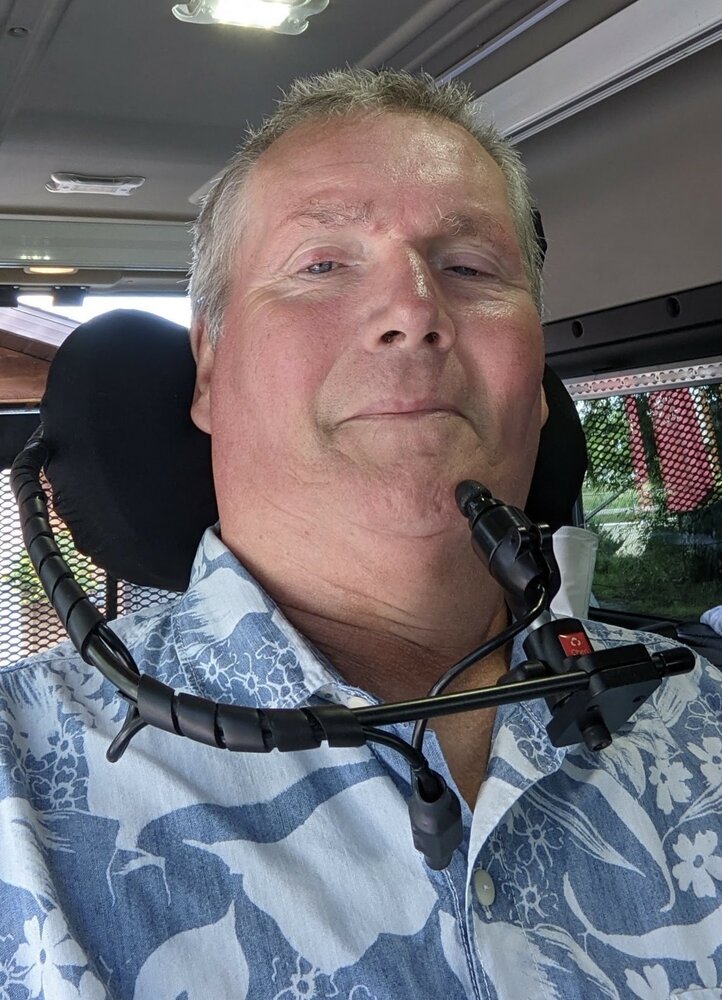 Richard George of Red Deer County passed away peacefully with family at his side on June 13, 2022 at the age of 70. He was an incredibly funny man with a warm smile who would give you the shirt off his back.

Richard grew up in England having fun, playing badminton, bowling and making life-long friends. He met the love of his life while only in his teens and they were married on September 23, 1972. Richard and Angela had three children and embarked on an amazing adventure together when they brought their family to Canada on January 23, 1981.

Richard was not only a great man, but also a fantastic father. He always found ways to connect with each of his children and brought much laughter into the home. “You can only be young once, but you can be immature forever!”

Even though he couldn’t move from the neck down for the last two decades, his joyful spirit never broke and he showed everyone around him what true strength really is. His smile lit up the room and he would still do anything in his power to help the ones he loved.

He was predeceased by his parents, Coral and Dick George.

In lieu of flowers, memorial donations may be directed to the Multiple Sclerosis Society of Canada, 250 Dundas Street West, Suite 500, Toronto ON, M5T 2Z5, or online here.

Condolences for Richard’s family may be emailed to meaningful@telus.net

Share Your Memory of
Richard
Upload Your Memory View All Memories
Be the first to upload a memory!
Share A Memory