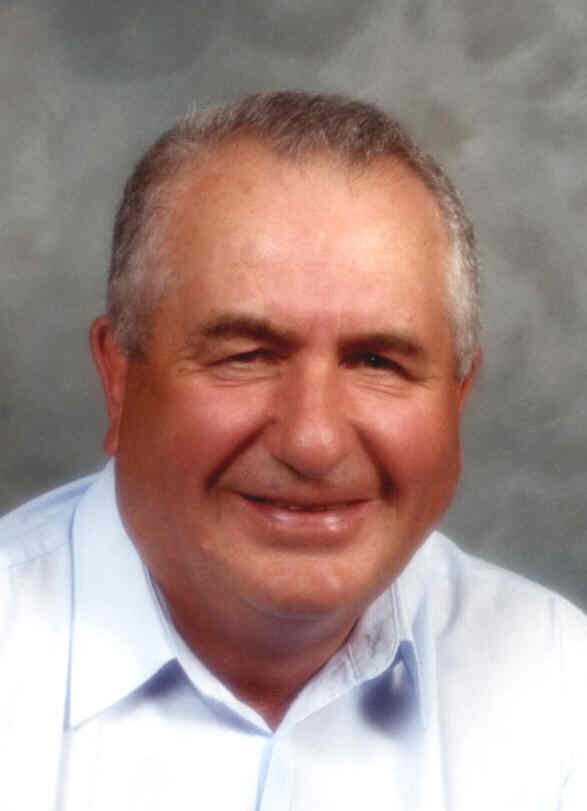 John Dennis Ethier of Camrose passed away at the Bethany Meadows Care Centre in Camrose on August 2, 2022 at the age of 85 years.

John was born in Westmeath, Ontario in 1936 to Irene (Pappin) Ethier and Wilfred Ethier. John was one of  seven children, he had three older sisters Patricia, Helen and Isobel (Issy) and three younger brothers Ronald (Ron), Ryan and Bernard (Bernie) .

John spent his youth working on the family farm with his sisters and brothers. He often told his children about plowing and planting in the spring, haying in the summer, harvesting in the fall and bringing ice in off the Ottawa river in the winter for the icehouse. He loved working the team of draft horses but recalls when they got their first tractor.

As young man John ventured away from the farm and the Ottawa valley and worked briefly in Coppercliff  at the Inco mine and as far away as Vancouver B.C.. He returned to Westmeath and married Barb Hennessy in November 1960. Their first child, Katherine was born in Pembroke in March of 1962 and shortly after they moved to Camrose, Alberta where Barb’s parents where. John worked for a couple years for a local feed mill and construction company and then in 1964 began working at the Stelco plant in Camrose and retired in 1996 after 32 years.

John and Barb had three more children while living in Camrose  - David, Carl and Karen. They lived in several different locations and in 1969 they moved to a rental property in Duhamel, Alberta. Barb used to joke that every time she had a baby they seemed to move. Their fifth child, Michael was born in 1972 and in early 1973 John bought an acreage in Duhamel and that has been the family home since.

John was a good provider and although there were some tough times the family never went without. The farm provided meat, milk and eggs and there were weekly shopping trips to Camrose for anything else. He will always be remembered for his quick wit and sense of humor that entertained family and the many friends that would frequently visit the farm.  He liked things simple and never expected to have more than he felt was needed, he never owned a new vehicle or tractor and even traded animals labor or other things for some of what he did have.

He was a huge hockey fan all his life. He played on a Westmeath team as a boy and the Inco team in Coppercliff (as Jackie Hickey). Saturday shopping had to be done in time to have supper and then sit down to watch the Montreal Canadiens on Hockey Night in Canada

John was a loving husband to his wife, good father to his 5 children and a fun grandpa to his many grandchildren and great grandchildren. He will be greatly missed by his family and numerous friends. His chores are finally done may he rest in peace.

In lieu of flowers, memorial donations may be made directly to the STARS Foundation, Box 570, 1441 - Aviation Park NE, Calgary AB T2E 8M7 or to the Canadian Cancer Society, 200, 325 – Manning Road NW, Calgary AB T2E 2P5. Condolences to John’s family may be emailed to meaningful@telus.net.

Share Your Memory of
John
Upload Your Memory View All Memories
Be the first to upload a memory!
Share A Memory