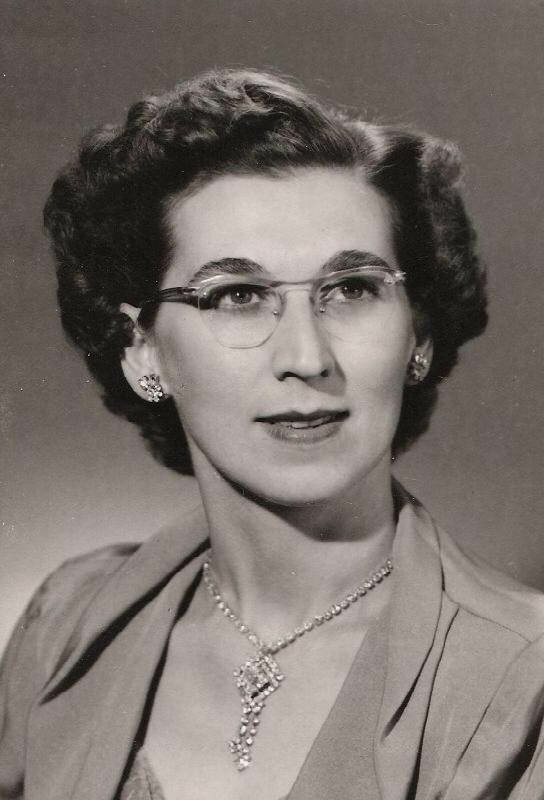 Marian Elizabeth Dietz (MacKinnon) passed away on August 18, 2022, she was 100 years old. Born September 6,1921 in Charlottetown, P.E.I. Marian grew up on a family farm outside Summerside, P.E.I. After high school Marian attended Prince Wales Teachers College for two years and then taught school in a one room schoolhouse on P.E.I.

At the onset of WWII Marian went to Ottawa where she became a military driver and joined tens of thousands of Canadian women who participated in wartime industries. Marian returned to P.E.I. in 1943 attending the Charlottetown Hospital School of Nursing until graduation in 1947. With WWII being over Marian and two other nursing classmates headed west to accept nursing jobs. Marian had planned to go overseas to assist with the WWII effort in Europe. Marian’s first nursing job was at the Drumheller Municipal Hospital in Alberta. Both Marian and her classmates worked at multiple hospitals in both Alberta and British Columbia.

Marian met Frank Meinolf Dietz (immigrated from Germany in 1933) while she was working at the Red Deer General Hospital, they were married in 1950. They had two daughters Frances and Susan.

Marian assisted Frank in his welding business and property rentals. In later years Marian went back and worked as a registered nurse at the Red Deer General Hospital. Marian was an active member and supporter of the Knox Presbyterian Church in Red Deer. Marian participated and volunteered in the Girl Guide Organization, The United Way, the Red Cross, the Kiwanis Music Festival, the Clothing Bank, the Golden Circle and her community in general. Always adventurous she took up cross country skiing and rollerblading in her 70’s. She enjoyed other activities such as golf, bridge, hiking, the Silver Blade skating group, opera in Edmonton and in later years maintaining and landscaping her property in North Red Deer which is now part of the Red Deer Parks.

Marian was predeceased by her husband Frank (1981) and her brother Raymond MacKinnon (1999). She is survived and will be lovingly missed by her two daughters and their families: Frances Dietz and Susan Cameron (Paul), four Grandchildren, Caelin (Lauren), Kathryn (Matt), Campbell (Claudia) and Caith (Dayna) and six great-grandchildren.

A private burial service will be held for Marian at the Red Deer Cemetery. Donations in memory of Marian may be made to the Red Cross.

The Dietz and Cameron family extends its deepest appreciation to Dr. Peter Mah who was Marian’s General Practitioner for many years and the LPNs and Aids at the Hawthorn Optima Living Community in Cochrane who cared for Marian in the last two years of her life.

Condolences to Marian’s family may be emailed to meaningful@telus.net. Please include “Dietz” in the subject line.

Share Your Memory of
Marian
Upload Your Memory View All Memories
Be the first to upload a memory!
Share A Memory