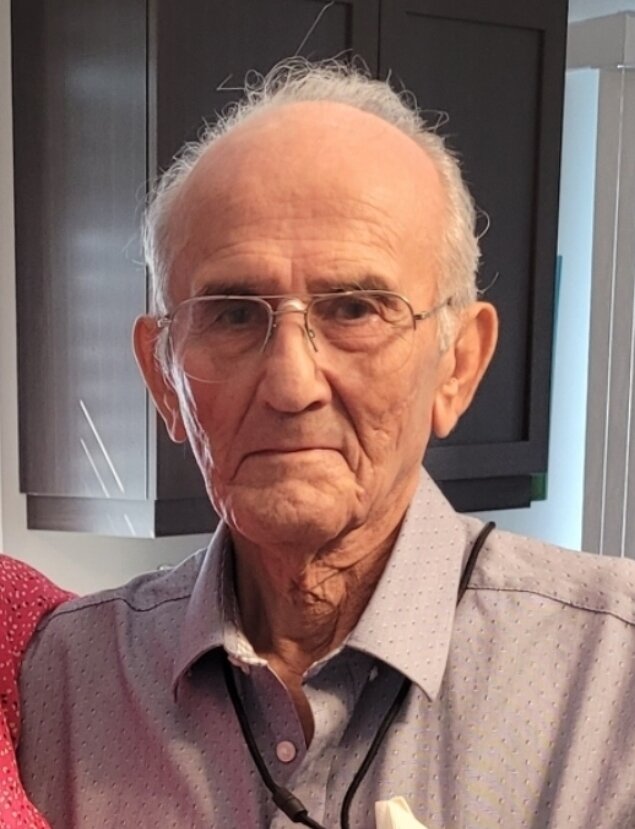 It is with gentle relief and great sadness the family of Sternge Vallie Knapp announce his passing on Sunday, August 21, 2022 at 88 years of age. Sternge is survived by; his loving wife Heather; daughter Brenda Ellet and her children, daughter Dana Knapp-Williams; grandchildren Krista and Jason Knapp; great grandchildren Jaelee, Jaimi and Jaymes Knapp. Left to mourn his passing are numerous nieces, nephews, and many dear friends. Sternge was predeceased by; his parents Grant and Marcella Knapp, four brothers and three sisters. Sternge spent 40 years working in the oil patch starting as a rig hand in Alberta, spending time in the Canadian Arctic, Columbia, Venezuela, Singapore, Libya, and the United Arab Emirates, finishing his oilfield career as a consultant. After returning from the patch, Sternge worked maintenance for seniors’ retirement facilities. After retiring from that position, Sternge decided he needed something to keep himself occupied so went to work for Bower Place Mall, where he worked security and as a porter. During his time at the mall, Sternge met many people who became close friends. Throughout his life, Sternge loved to travel far and wide meeting strangers who became friends, fishing, but most of all he loved to dance. Heartfelt thanks to nephew Kenneth, niece Melodie, and special friend Cory for the time they spent with Sternge during his final hours. A celebration of Sternge’s life will be held on September 25th, at the Waskasoo Estate Clubhouse, between 1:00 pm and 4:00 pm. Condolences to Sternge’s family may be emailed to meaningful@telus.net. Please indicate “Knapp” in the subject line.

Share Your Memory of
Sternge
Upload Your Memory View All Memories
Be the first to upload a memory!
Share A Memory